We will pick up our socks – McCarthy 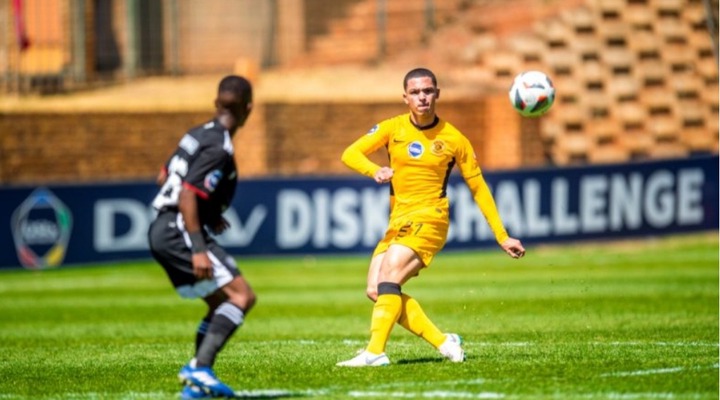 Aden McCarthy was the driving force behind Kaizer Chiefs' DStv Diski Challenge team's ideal start to the season, which included a convincing Soweto Derby victory before a hitch in the road against Golden Arrows in Durban.

Now, as Amakhosi's reserve team prepares to face Swallows FC at Dobsonville Stadium this week, McCarthy thinks the team needs to "pick up their socks" and get back to winning ways.

“The outcome in Durban did not go our way. We were defeated 3-1 and only scored one goal. Our vulnerabilities were in the last third, where we had trouble making final passes and scoring goals. We dominated the game in the first and second halves; it's just a shame we didn't get the win,” the Chiefs defender said candidly after the loss to the Arrows.

Now, he believes they must put in the effort and get their season back on track against the Birds as soon as possible.

“In training, we need to concentrate on our finishing and stick to the same game plan and do what the coach says. We need to score early and often so that we can control the game,” McCarthy, the son of former Chiefs defender Fabian McCarthy, says adamantly.

The teenage defender was named man of the match in the Chiefs' 3-0 win over the Orlando Pirates in their season opener, and he expects the club to continue to dominate this weekend.

“I think we got off to a good start. It's just a shame that we didn't get the three points this past weekend. After the next win, I'm confident that the boys will pick up their socks and maintain their consistency. McCarthy exudes confidence as he declares, “We will be leading the log sooner or later.”

He's been studying Swallows FC, and before of Saturday's 12h30 kick-off, he said: "I've seen one of their games." We must keep possession of the ball, dominate the game, and wear them down.”

McCarthy, Jr. has set personal goals for himself that he intends to achieve.

“I've set some personal targets for myself this season, including keeping clean sheets and scoring at least ten goals. It's a 30-game season, so my goal is to keep the partnership between me and my fellow center backs strong and allow in as few goals as possible,” McCarthy, who scored against the Pirates and is positioning himself to be an attacking and defensive danger, concludes.

While the Chiefs have won one game and lost one, the Swallows have yet to win this season, drawing their first game 2-2 with TS Galaxy and losing 3-2 away from home to Marumo Gallants.

The Swallows are now in 13th place with a single point, while the Chiefs are in sixth place. A win would propel them into the top three slots on the table.

They Went Out To Eat, But Mzansi Wasn't Impressed With The Food That They Got.