Cape Town City were very aggressive against Maritzburg United as they went all out for the three points.

It was the Bafana Bafana international's third goal in as many league games, cementing his status as one of the country's greatest goalscoring midfielders.

Following the resumption, City extended their advantage when Fagrie Lakay struck in the 49th minute with Tashreeq Morris supplying the assist.

With 20 minutes left, Maritzburg pulled one back through Leletu Skelem, who scored his first competitive goal for the Team of Choice.

In the 84th minute, Morris placed his name on the score sheet to restore the Citizens' two-goal advantage, with Lakay supplying the assist.

Bongokuhle Hlongwane, a Bafana Bafana teammate of Lakay's, pulled one back for Maritzburg with three minutes left, however his goal proved to be a small consolation as City held on for a 3-2 victory. 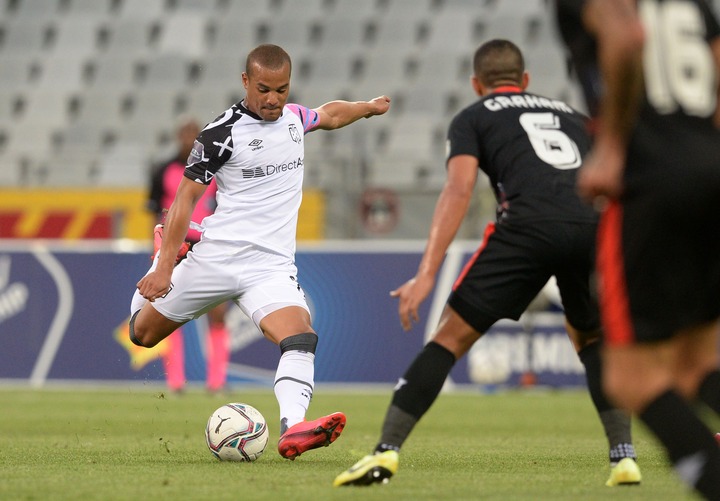 As a result of the match, City and Maritzburg are now ranked 10th and 11th in the league, accordingly.

However, in the first match of the day, TS Galaxy showed courage by coming from behind to overcome Chippa United 3-1 at Mbombela Stadium.

Bienvenu Eva Nga scored the first goal for the Chilli Boys just five minutes into the contest. The Cameroonian striker scored his second goal in as many league matches.

Following the Chippa defense was penetrated, Sinethemba Mngomezulu scored his fourth league goal of the season to tie the game at 1-1 after a 12-minute advantage.

The score was 1-1 at halftime, however the Rockets won thanks to two late goals. Menzi Ndwandwe scored from the penalty spot in the 84th minute after the hosts were awarded a penalty.

Ndwandwe then switched roles as a goalscorer and a provider when he set up Wayde Lekay, who scored without missing a beat in stoppage time to seal Galaxy's victory.

Galaxy moved up to 12th place in the league rankings, while Chippa remained in 15th place.