2 Times Ronaldo's Son Met With Lionel Messi His Idol, And What Happened

By TheEyeNews (self media writer) | 3 months ago

The biggest rivalry in football history can be claimed to exist between Lionel Messi and Cristiano Ronaldo. Despite the fact that they are bitter rivals, they maintain a friendly relationship, and their children show admiration for both of them. Cristiano Ronaldo's first child reportedly had two meetings with Lionel Messi, and this is what transpired. 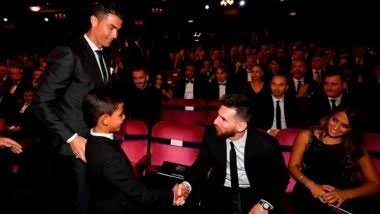 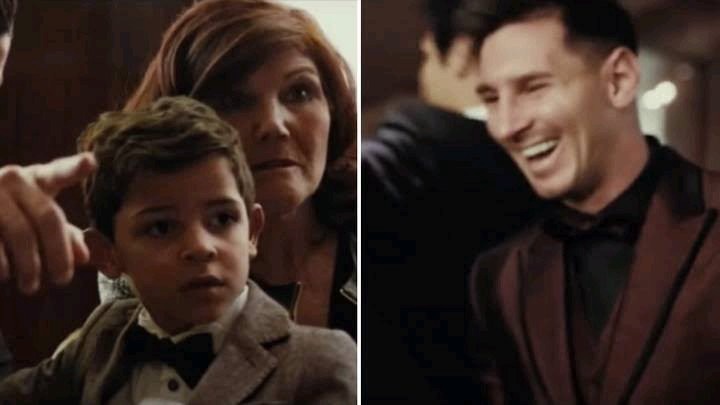 In 2015, Ronaldo Junior was still a child, but he already had a deep affection for and knowledge of Lionel Messi. The first time he saw Lionel Messi was in 2015, and his grand mother recalled the experience during an interview. When Messi stepped in, she had him on her laps. Ronaldo told his son to look at Messi with a pointing finger as he spoke. But his kid didn't believe him, saying Messi was too short to be a professional footballer. Once they met, Ronaldo introduced him to Messi, and the boy became enamored. Later on, his father was awarded a third Ballon d'Or for his efforts. 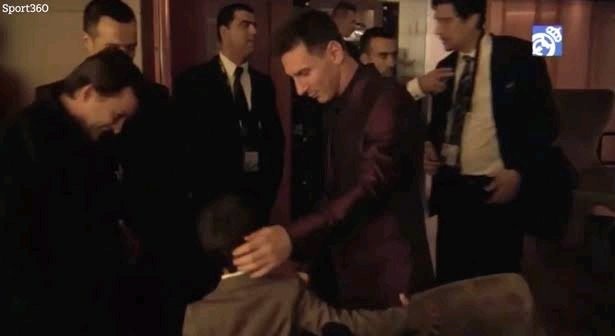 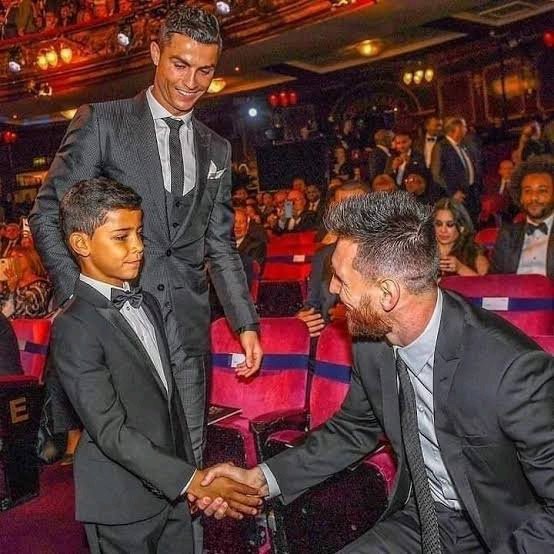 In 2017, the ballon d'or award ceremony took place in London, United Kingdom. Cristiano Ronaldo, the previous year's award winner, returned with his son. He also brought him back to see Lionel Messi. He was more mature this time, so he engaged Messi in conversation. He declared that Messi was his idol in front of the team. He was also observed glancing at Messi while joking with his pal Neymar from where he later sat. Messi is Ronaldo's son's idol, and Ronaldo has made it clear that.