Social media backlash behind Tau dropping out of Brighton line-up? 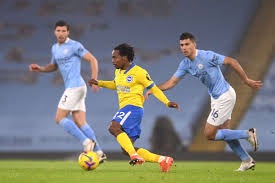 Bafana Bafana and Brighton and Hove Albion star Percy Tau has had a huge following on social media since his stay on loan to Belgium sides and the English media are beginning to come to terms with how big is Tau's brand back in his home country.

At Club Brugge in his loan spell, their social media was always kept abuzz by the presence of largely South African supporters and that following went with Tau to Anderlecht, as the 'Lion of Judah' continued to make South Africa proud. 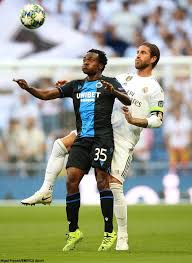 Since his recall from Anderlecht to his parent club, the Seagulls, their social media has been inundated with messages of supports but lately there has been criticism that when Tau is on the field there are particular players who are not passing him the ball on purpose.

Tau made his first start in a big game against Manchester City on 13 January 2021 where Brighton narrowly lost 1-0 to a star-studded Citizens, with the South African forward impressing with his movement and the ability to take players on. 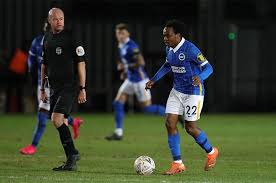 Brighton's next game was against Leeds United, where they won 1-0 this time, with Tau playing 73 minutes before he was replaced by Leandro Trossard.

The Seagulls switched their focus to the FA Cup after taking Leeds' scalp and Tau started again in a 2-1 victory over Blackpool, although he was replaced on the hour-mark by Neal Maupay. 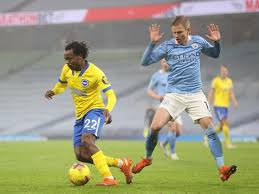 However, that was the last time Tau started, as the social media backlash gained momentum, with the manager Graham Potter seemingly having to choose between having the 'Lion of Judah' in his line-up or Trossard, who has been targeted on social media for not passing Tau on purpose, particularly in the game against Man City.

In Brighton's last two games against Fulham (a game that ended goalless) and the famous 1-0 win over Tottenham Hotspur over the weekend, Tau was an unused substitute, as Potter went for the tried and tested, with the pressure to avoid relegation weighing heavy on his shoulders. 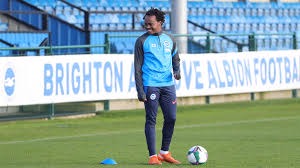 Do you think Tau has been kept out of the line-up due to the noise South African fans are making on Brighton's social media accounts when he's on the field?