Opinion - Newcastle Could Be A Subject Everybody Will Be Talking About

It could be a dream take over for Newcastle United. A new lease on life could propell the club to greater heights. If rumors are true, Newcastle could have the wealthiest owners not only in the premier league but in the world. The estimated take over bid is valued at £300 million pounds. A Saudi Public Investment Fund is expected to buy Newcastle which means that the current owner, Mike Ashley, will have his 14 year reign at St James Park come to an end. The Athletic stated that the deal will go through after the state leveled a year long piracy battle with Qatar based beIN Sports. Governor of the Saudi Public Investment Fund, Yasir Al-Rumayyan could be the clubs chairman if the deal goes according to plan. The Crown Prince of Saudi Arabia, Mohammed Bin Salman, will be Yasir's significant benefactor. The Saudi consortium will own 80% of Newcastle on completion of the takeover. The other 20% is split between British businesswomen Amanda Staveley and the Reuben Brothers. 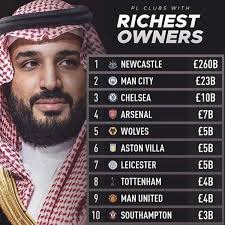 With the Saudi joint venture, drastic changes will be expected at Newcastle. Man City and Paris Saint Germain will look like featherweights in the face of the Saudi conglomerate. The networth of the Saudi Public Investment Fund is £320 billion dollars which is estimated around 10 times more than Sheikh Mansour at Man City and 50 times more than PSG owner Nasser Al-Khelaifi. Mansour is the world's richest football owner with a networth of £23.2 billion pounds whereas Al-Khelaifi is the eight richest football owner with a networth of £6.5 billion dollars. If the proposed bid goes through, a lot of clubs will be buried by this. I mean, Newcastle will be able to acquire any player they want and nothing and nobody can stop them. I would think Newcastle will have first preference to just about anything related to soccer. 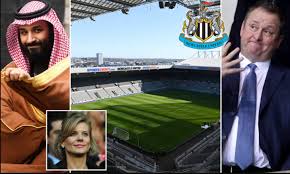