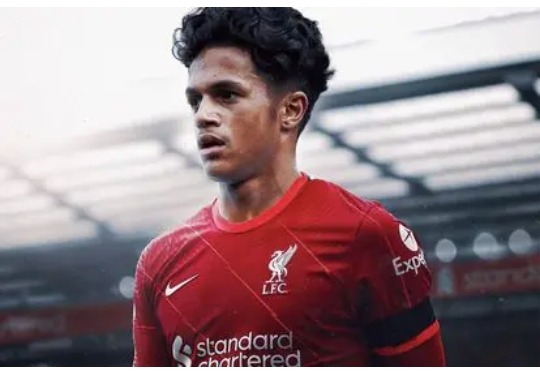 Liverpool have at last finished the marking of Fulham forward Fabio Carvalho in the wake of flopping in a bid to carry the 19-year-old to Anfield in January, the Premier League other participants reported on Monday.

The Portuguese teen, who is perceived to have marked a five-year contract, will formally join the Anfield club on July 1.

Carvalho, out of agreement toward the finish of June, was set for a move four months prior on cutoff time day when a £5 million arrangement was concurred with the Championship victors yet the exchange window shut without a clinical and formal desk work being closed.

Liverpool have allegedly consented to pay extra in additional items and join a 20 percent sell-on condition. 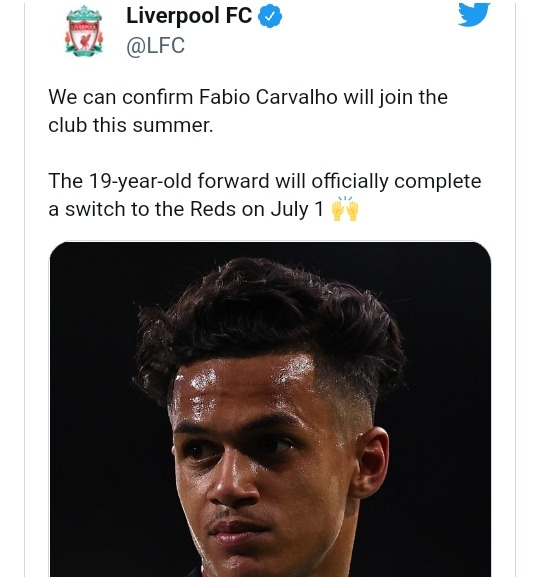 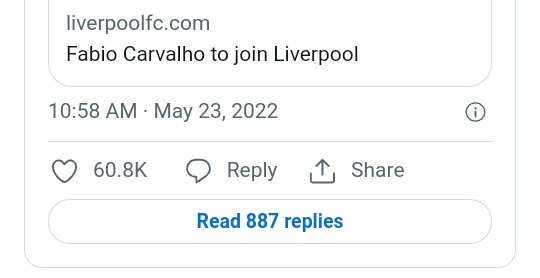 Carvalho assumed a vital part in Fulham's advancement back to the Premier League, scoring 10 objectives and giving eight aids 36 games as Marco Silva's side came out on top for the Championship title.

He made his presentation for Portugal U21s in March, having recently addressed England at youth level.

Carvalho's appearance will add one more new face to Liverpool's dynamic forward line, currently helped by the appearance of Luis Diaz in January.

Long-serving Belgium forward Divock Origi has not played enough matches to set off an agreement expansion and was given a farewell at Anfield after Sunday's 3-1 triumph over Wolves.

Origi missed the coordinate with a muscle injury and Liverpool administrator Jurgen Klopp affirmed he had played his last game for the club as he wouldn't be good for Saturday's Champions League last against Real Madrid.