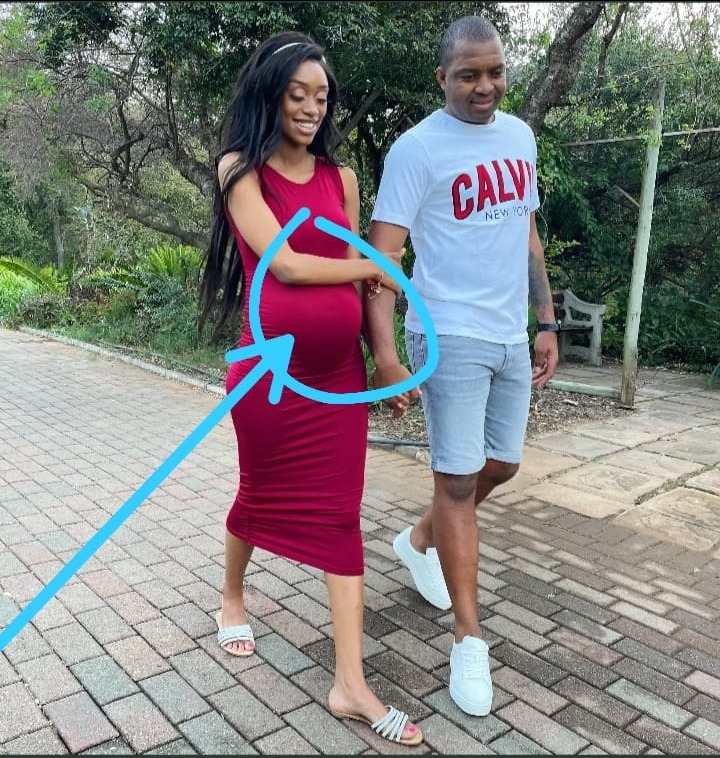 Intumeleng Khune made headlines last night as he posted a beautiful picture with his wife which got people talking. It appears that Itu was just using the picture to tell the fans he is expecting another baby. Many people were left stunned as they saw that Sphelele is pregnant for the second time this year. 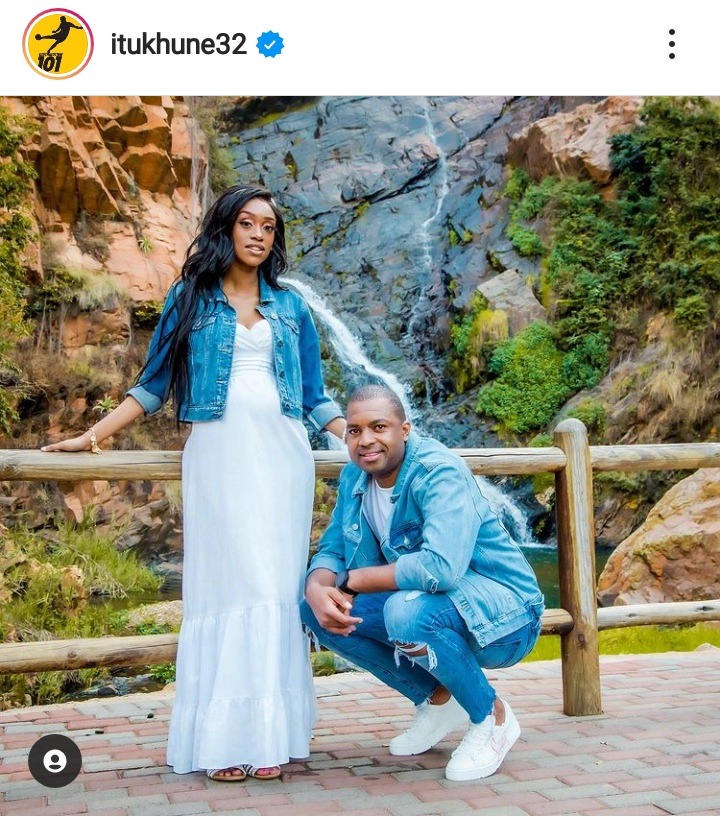 Intumeleng Khune and His wife Sphelele started dating back in 2018 and Itu didn't waste securing his score as he engaged her and impregnated her within 12 months into the relationship. However people started talking about Itu and making babies as back in May they announced that they have a baby on the way, and that the baby will be born in less than a month.

When the baby finally arrived itu didn't waste time on alerting his followers as he took it to Instagram to show off his beautiful second born but the last night tweet was another story. The picture he posted appeared to be recent, meaning that indeed Sphelele is  pregnant with a third child with Itu. 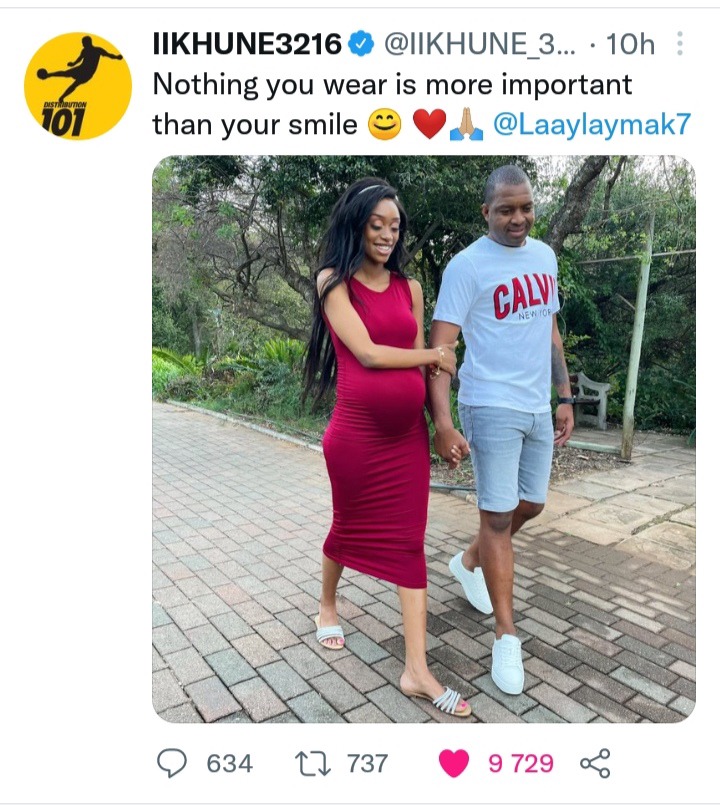 Adding to the number of concrete proof Itu also retweeted a tweet from his friend where he was joking about the third baby on the way. He posted a picture of Messi dribbling past 3 defenders, as a sign of baby number 3. 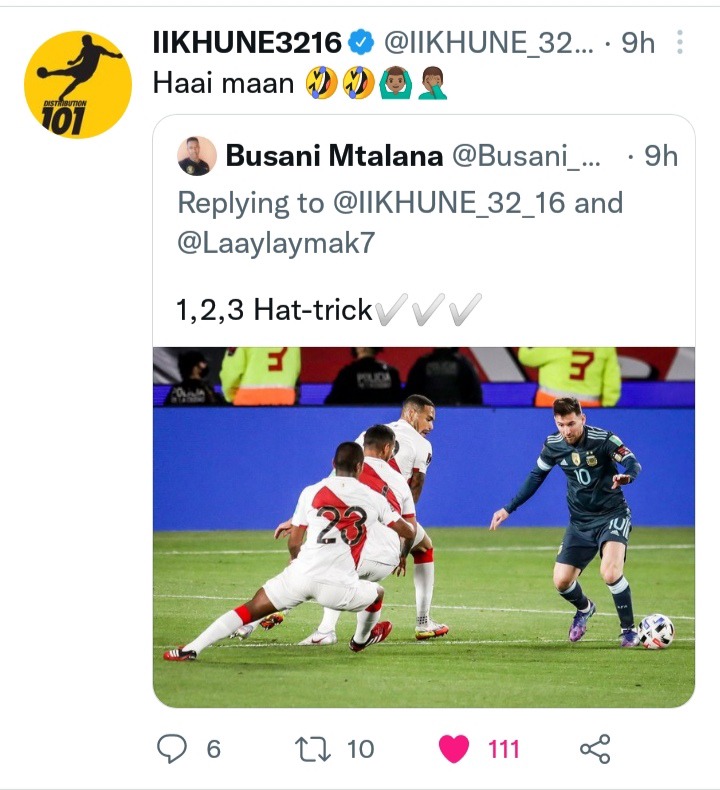 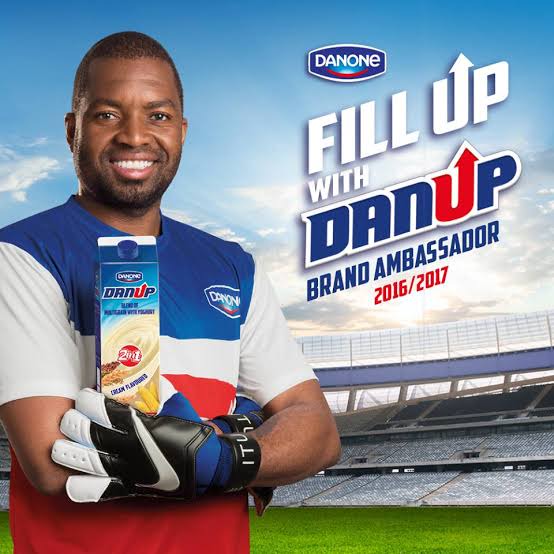 Besides being a soccer player, Intumeleng Khune is also a brand ambassador. He is the ambassador of Danone products, particularly Dan-Up. Khune managed to pull the deal even though the Kaizer Chiefs management wasn't on his side. However it appears that people are suspecting Dan up as one of the reasons why he managed to impregnate his wife for the third time in 2 years. See how people reacted on his tweet below:

In my opinion I think that indeed the Danone products are boosting his system to be more effective on producing fertile spermatozoa. What's your take on this matter? Don't forget to leave your thoughts in the comment section. 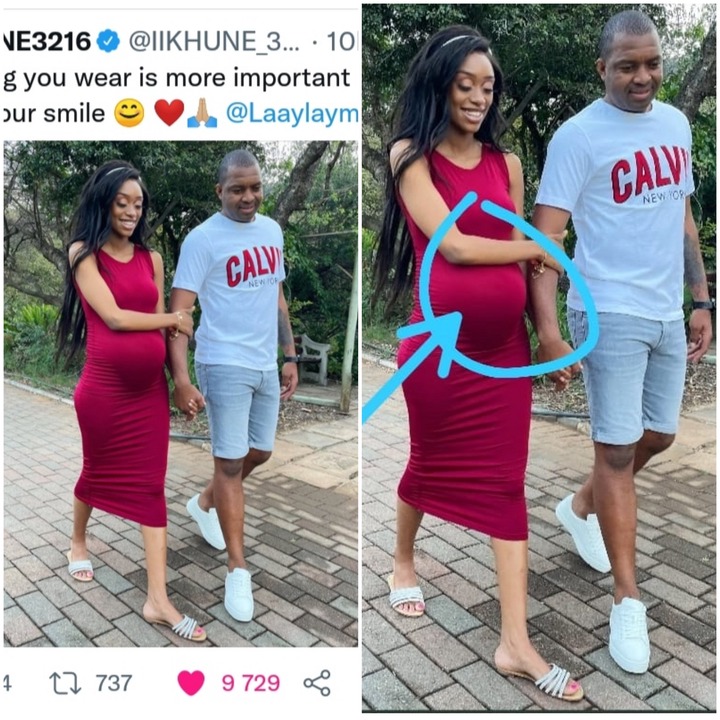