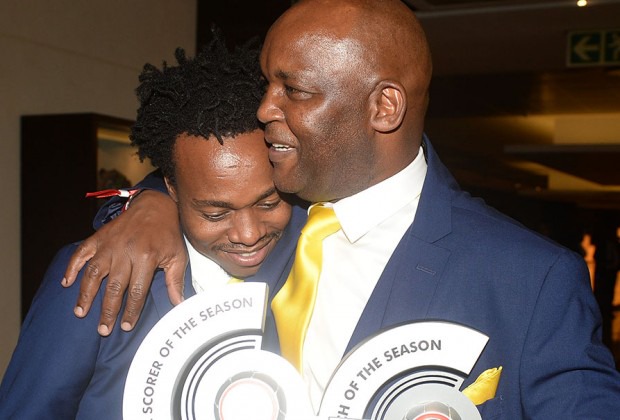 Percy Tau moves to better European league"/>Percy Tau gave Pitso Mosimane's Al Ahly the lead in the first leg of their CAF Champions League semi-final on Saturday, and he followed it up with another goal in a 4-0 thumping of ES Setif in the second leg on Tuesday.

After battling injuries and uneven play during the previous season, Tau has established himself as one of the most vital components of Al Ahly's team under Pitso Mosimane's tutelage.

Although the 27-year-old has been with the Egyptian powerhouse club since 2021, his prior club experience includes stints with Brighton, Belgian side Union SG, Club Brugge and Anderlecht.

According to Phakaaathi, there are many European clubs who have indicated an interest in retaining his services once again.

After a difficult season at Brighton & Hove Albion, they may have been turned off when he opted to return to Africa rather than continue his career in the United Kingdom. However, they can see that he has not fallen short of expectations, and their interest in him has been rekindled. "I'm not sure whether they've already talked to Al Ahly about him, but if they haven't, I believe it will happen soon enough," the insider said.

Having been re-instated into the starting lineup, Tau rewarded Mosimane's trust in him by scoring a 30th-minute header to give the Egyptian giants a critical lead at home against their Algerian opponents ES Setif only a few days earlier.

Mosimane praised the Bafana Bafana star after he scored a second goal and assisted in another as the Team of the Century defeated the Algerians 4-0. The coach said he would be a loss if he were to leave the country.

"We have to be patient; after his [Tau's] goal drought, he scored in a crucial game in the Caf Champions League semi-final," Mosimane told the reporters after the game.

"I am aware that we have a problem with completing our opportunities, but we must remain cool in the face of this, and I am pleased that we were able to score four goals."

"ES Setif is a powerful club, and they had opportunities to score, but the sending off undoubtedly helped us, and we took advantage of the situation, but this is football."

In spite of the fact that you aren't scoring many goals, when you generate a large number of opportunities, you know you're on the right course. The goals from Percy Tau and Mohamed Sherif were essential since they are forwards, but Taher's goal was the most important for me because I played him as a striker and if he had not scored, I would have been criticised for making that choice.

"Despite the favourable result, we haven't qualified for the final yet, and it won't be easy to play against ES Setif in the return leg," says the coach.

Before the red card, we were playing well and maintaining control of the game, but what would have happened if we had won by just one goal while playing with a man advantage? "I would have received negative coverage in the media."

ES Setif were reduced to ten men in the 35th minute after midfielder Amir Karaoui was sent off for a second time with no explanation.