Nigerian Man Attacks Percy Tau And Said This About Him! 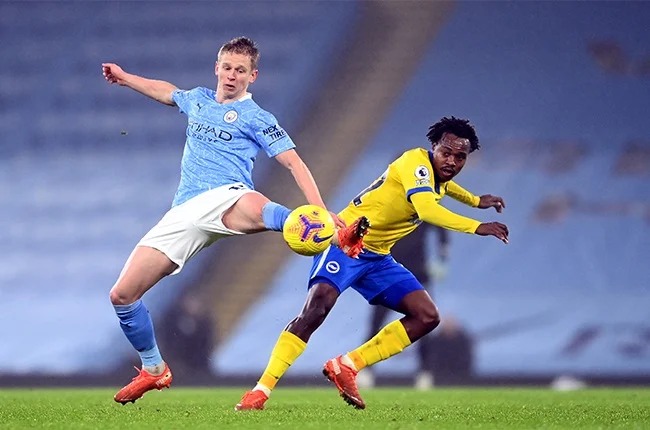 A South African-born striker Percy Tau made his English Premier League debut on Wednesday night against Manchester City in a match played at the Etihad Stadium. Brighton and Hove Albion lost 1-0 and Tau played 68 minutes and he was then replaced by Neal Maupay. 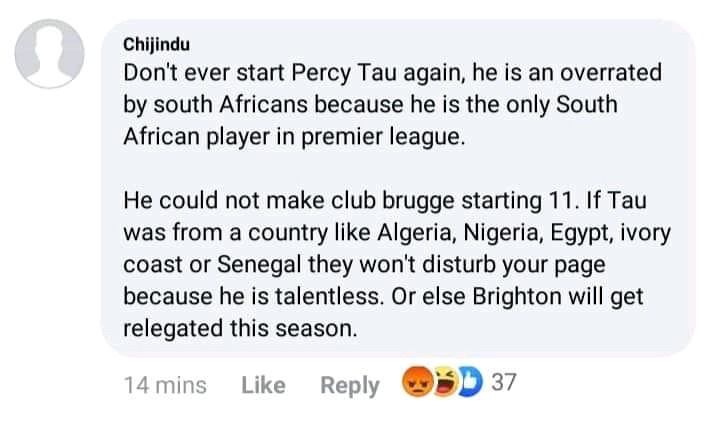 The Lion of Judah, as he is affectionately known, Tau is the only South African player in the English Premier League. It is regarded as the best league in the world by many and his dream of playing there has finally arrived.

Chijindu said that Tau is talentless and Brighton and Hove Albion will play in the Championship next season if they continue playing him.