Pitso Mosimane Broke down as Fans attack him For Al Ahly's perfomance, but he still shows love

Pitso Mosimane had had enough of Al Ahly fans' criticism and attacks after the club failed to meet their demands, as their attitude and actions left him heartbroken.

Pitso Mosimane, the head coach of Al Ahly, has been a fantastic asset to the team, winning a number of trophies in less than a season with the club. Pitso Mosimane joined Al Ahly from Mamelodi Sundowns and has subsequently established himself as Africa's greatest coach.

Al Ahly has not been bad. Despite losing the Egyptian Premier League to Zamalek, Al Ahly remains the best club in Egypt and Africa, and Pitso Mosimane remains arguably the best coach in the world. Al Ahly is the club of the century, and its followers can't seem to get along with detractors. 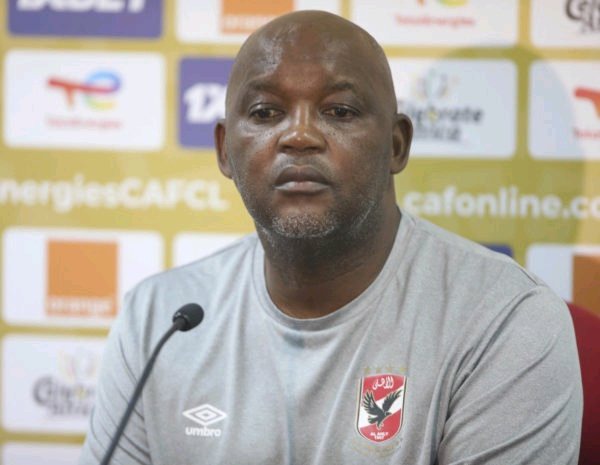 People Don't Believe My Hot Wife Wants A Fat Man Like Me.