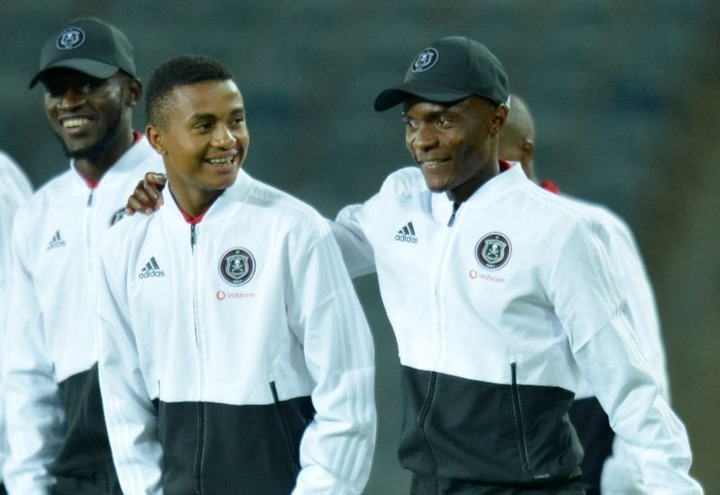 It has been a very tough last few months for former Orlando Pirates prodigy Augustine Mahlonoko in the Premier Soccer League.

The player that was once the youngest academy graduate to make a senior team debut appearance for the Buccaneers has been struggling to find a new club since he last played for Pretoria Callies in the National First Division.

The young 20-year-old attacking midfielder was outstanding with Orlando Pirates, but he didn't last long with the Soweto-based giants as he left the club only two years after his senior team debut.

He signed a deal with the fomer top flight side Baroka FC but only featured for the club in six league matches over the course of one season. Augustine Mahlonoko played for Pretoria Callies in the 2021/22 campaign, but featured even less as he only made four appearances.

After the conclusion of the 2021/22 campaign the young attacking midfielder was spotted training with Motsepe Foundation Championship club Black Leopards FC in hope to sign a deal to revive his career, but that trial stint wasn't as successful as he would have wanted it to be.

However, despite the failed trial stint with Lidoda Duvha, Augustine Mahlonoko resurfaced with the newly promoted side MM Platinum (La Masia) in the Motsepe Foundation Championship.

Meanwhile, after many weeks of training with La Masia in hopes to revive his football career, Augustine Mahlonoko finally signed a deal with the former ABC Motsepe League side.

According to latest reports making the news, the young star signed a one-year deal with the club just weeks before the Motsepe Foundation Championship is set to commence.

Augustine Mahlonoko is still a young player which means there is room for improvement and growth.

The attacker only signed a short-term deal with La Masia, but he should use this opportunity to show what he's capable of in hope to extend his stay beyond the upcoming campaign and to attract interest from other clubs. 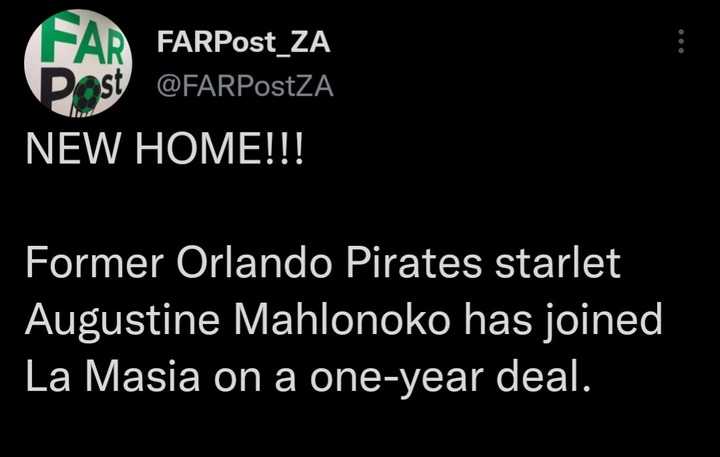