Kevin-Prince Boateng has been linked with a shock transfer according to transfer expert Fabrizio Romano from Fiorentina to Serie B side AC Monza. 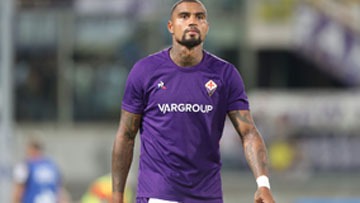 The 33-year-old midfielder is reportedly set to help bolster the team's chances of being promoted to Italy's top division. After a 16-year professional career, Boateng has played for 12 different teams and has won almost everything there is to win in football. He has won the La Liga La Liga and Serie A titles during his career.

The Ghanaian international was also active in the Bundesliga for Hertha BSC, Borussia Dortmund and FC Schalke 04 and was also under contract with Tottenham Hotspur and AC Milan, among others.

He will mostly be remembered for his massive and impressive contribution to AC Milan between the 2010 to 2013 period. Boateng scored 18 goals in 114 appearances for Rossoneri, according to Transfermarkt.

The Ghanaian may not have the stats to write home about, but he did have an eye-catching career that included playing alongside players such as Alexandre Pato, Robinho, Thiago Silva, and Zlatan Ibrahimovic. He is the first Ghanaian to play for Barcelona FC when he joined the Catalan Club on loan from Sassuolo.

Many view his career Littered with “What Ifs” and think that for a player with such talent did not give football supporters all that he could have given.

The move to a Serie B side will drop his valuation and market value. We may not know why this move for Boateng, but we hope that he does not have any regrets with his career.

With Powerbets it does not matter whether a league is big or small. You can bet on any league in the world at any time. Visit us at www.powerbets.co.za