There have been widespread speculation that Kaizer Chiefs would snatch TS Galaxy captain Given Msimango.

Msimango had long been linked with a move to Naturena because of his explosive exploits on the football field.

The 25 year old maverick captain has also been praises for his loyalty and dedication.

Moving to a bigger club such as Chiefs would have given him the star dust power to attract international clubs.

But according to KickOff magazine, Msimango had chosen not to move to Soweto. 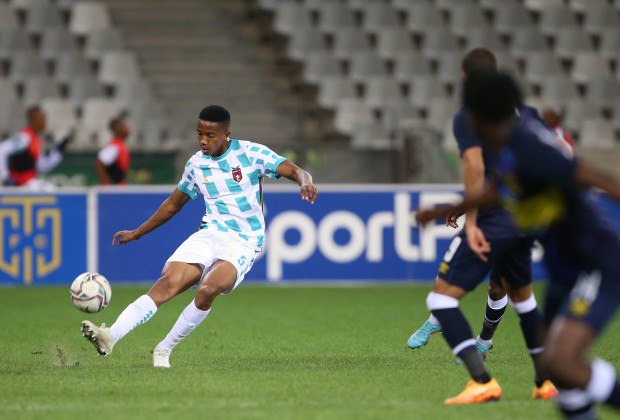 Msimango has signed a three-year deal with Galaxy as the club successfully fended off reported interest from the Soweto giants.

That means he will stay in Mpumalanga for the duration of his contract.

Having sold the likes of midfielder Ethan Brooks and striker Augustine Kwem to AmaZulu, they widely expected to sell their most prized asset in Msimango.

TS Galaxy have also confirmed that midfielder Mthobisi Mngomezulu has also been released.