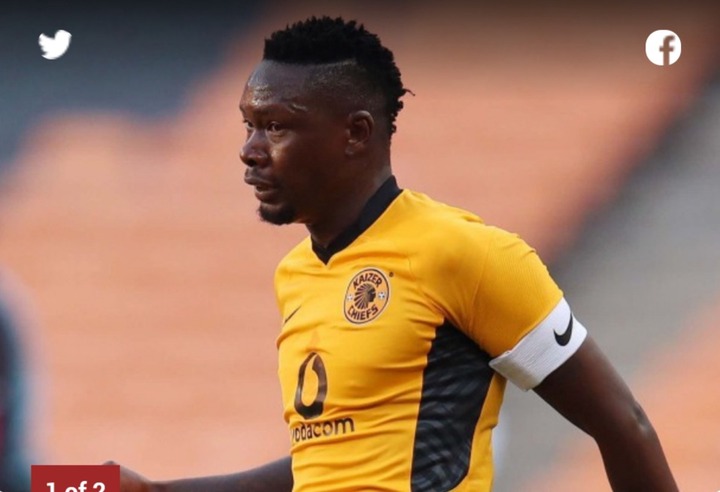 Mulomowandau Mathoho and Keagan Dolly are the last men standing at Kaizer Chiefs after the season was halted.

Chiefs have been thrown into chaos after at least 31 employees at the club's Naturena base tested positive for covid-19 last week, preventing them from playing Cape Town City.

Chiefs have since requested that the rest of their matches against Golden Arrows, Sekhukhune United, Royal AM, and Maritzburg United be postponed by the PSL.

As part of the official protocol, some of the Chiefs' players and technical staff have been placed in quarantine.

The PSL will now make a decision on the case, which has split the league after Cape Umoya was fined earlier this year for failing to honor a league date in similar covid-19-related circumstances.

Meanwhile, Mathoho will enter the enforced break as one of only two Chiefs players to have appeared in every game this season.

On August 15, the 31-year-old played a whole match against Mamelodi Sundowns in the MTN8 season opening and has appeared in every match thereafter.

He only didn't play from start to finish in the 4-1 thrashing after being replaced shortly after the hour mark.

He has made 14 appearances in total.

Dolly has also appeared in every game this season.

He came off the bench in the first two games due to fitness concerns, but has since gone on to start all 12 games, scoring six goals and adding four assists.