Given the club's shifting position, CRISTIANO RONALDO may get his wish to leave Manchester United this summer. 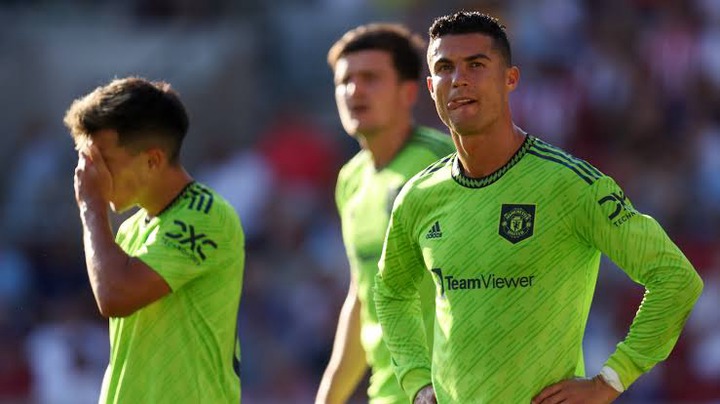 Even Ronaldo's finest individual efforts last season were unable to carry United to the Champions League. His remarkable total of 24 goals across all competitions only yields a sixth-place finish as the club as a whole struggled.

The former Juventus and Real Madrid player gave the team notice of his intent to quit last month before skipping the whole preseason trip because of a family matter. In a friendly match against Rayo Vallecano, he barely played for 45 minutes before being pulled off at halftime and leaving the field before the final horn.

While manager Erik ten Hag has openly said that Ronaldo is not for sale this summer, a number of stories suggest that United are becoming more open to the idea. 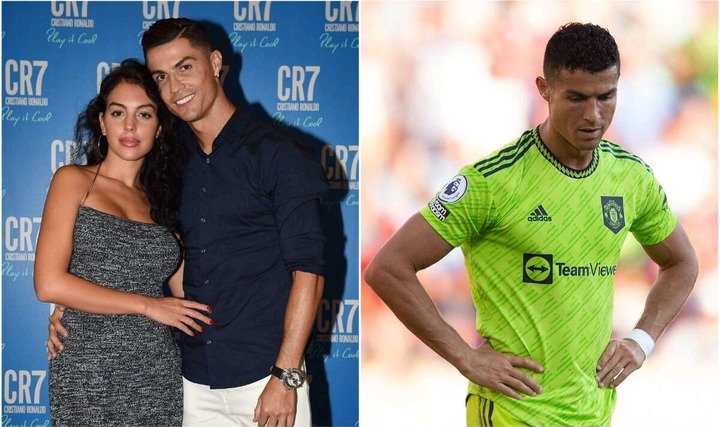 According to reports, Georgina Rodriguez wants Cristiano Ronaldo to sign with a Spanish team. (Photo: GETTY)

The reconsideration is allegedly the result of a detrimental impact on the squad as a whole and low morale brought on by a poor start to the current campaign. According to the Manchester Evening News, Ronaldo's girlfriend, Georgina Rodriguez, would prefer a move back to Spain for the benefit of their family.

That would appear to indicate that Atletico Madrid is the most likely place for him to go, since a return to his previous team, Real, is believed to be unlikely. As he seeks to establish his reputation as one of the greatest players of all time, Ronaldo is eager to join a team that has a decent chance of winning the Champions League this season.

Despite previous relationships, teams like Bayern Munich and Chelsea have already cut ties with Ronaldo. Atletico supporters even went out of their way to warn the Portuguese by holding up a sign that said, "CR7 NOT WELCOME" during preseason.

After losing consecutively to Brighton and Brentford in the first two games of the season, United legend Gary Neville has emphasized the gravity of the choice his old team must make over Ronaldo's future. He told Sky Sports that there was a "huge choice to be made on Cristiano Ronaldo, and they're doomed if they do and damned if they don't." 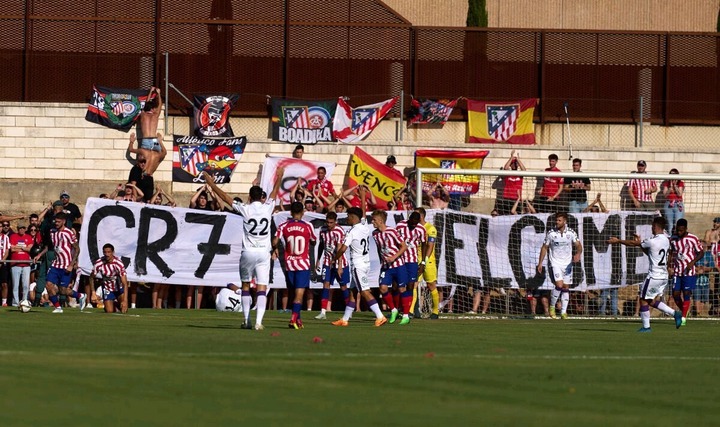 Atletico Madrid supporters expressed their outrage at references to Cristiano Ronaldo in a group (Image: GETTY)

"Before these two outcomes, I said that the wisest course of action would be to help Cristiano leave the club, and the club is not pleased with him. The issue today is that, should they lose him, the team would be left with nothing on the goal-scoring end of the field.

"I truly believe that they might finish in the bottom half of the table if they don't bring players in over the next few of weeks - or if they bring in terrible players and he goes. They belong to the lowest part of the standings. That's a big statement, and by the end of the year I could appear foolish.