Opinion: Is this why Manyama will struggle to break into Chiefs' line-up? 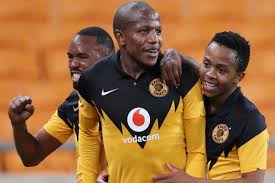 Kaizer Chiefs midfield-cum-striker Lebogang Manyama may find it difficult to break into the Amakhosi line-up after his his competitor got a rave review from an opposition coach.

Manyama has been struggling with injuries this season, as he was rushed back from his first injury early in the season and he broke down again. However, he has since returned to the fold.

The former Cape Town City skipper has been in contention for a starting berth after recovering but he obviously can't be rushed again and started from the bench against AmaZulu in midweek. 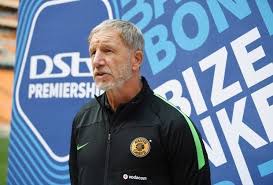 Chiefs coach Stuart Baxter has received criticism for preferring older players and he would have felt vindicated after Usuthu head coach Benni McCarthy praised one of his stalwarts.

Amakhosi went ahead in the first stanza against the KwaZulu-Natal side thanks to an own goal by their former player Keagan Buchanan but Bonginkosi Ntuli salvaged a point for McCarthy's men with the equaliser 14 minutes before time.

After the match, McCarthy reserved praise for Parker, as he singled him out as the player who was giving his side problems upfront. 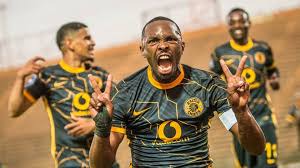 "From the centre, they’ve had some good passage of play and nice combination up front with the intelligence of Parker and class is permanent when it comes to that player," McCarthy told the media after the match, as quoted by Soccer Laduma.

"Parker got himself into some really good spaces with pockets in front of our defence and we couldn’t really deal with the aerial balls that were coming in because he was winning every flick on and was spinning off our defenders. So, he made it a bit difficult," he added.

McCarthy is an admirer of hard-working players and it seems so is Baxter, as his selection policy has come under-fire for benching talented players like Nkosingiphile Ngcobo, Happy Mashiane and Sabelo Radebe, among others. 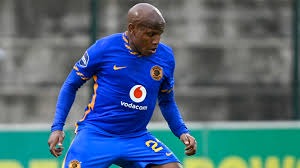 Manyama replaced Parker in that game ten minutes before time and it's likely that he is in direct competition with the 35-year old for place in the team, as a false number nine.

Given that Manyama is not one of the players who have the work rate of tracking back and chasing lost causes, on the basis of Parker's hard work, the Amakhosi captain could keep Manyama on the bench for some time this season.

What gives Parker the edge is that he is currently the second-highest scorer in the team behind Keagan Dolly while Manyama will take time before he can establish any sort of form.

"It took countless times of breaks, moments of self doubt and anxiety" A young man causes a stir

SAFA complaint set to be decided

Drinking Cow Blood And Fighting For Women, The Strange Tradition Of The Suri Tribe

Congratulations are order to Dj Zihle see why.

Hollywoodbets Donates R100k to Chippa United Striker due to Tragedy

Opinion: What Chiefs goalkeeper does not realise after saying this about Sundowns