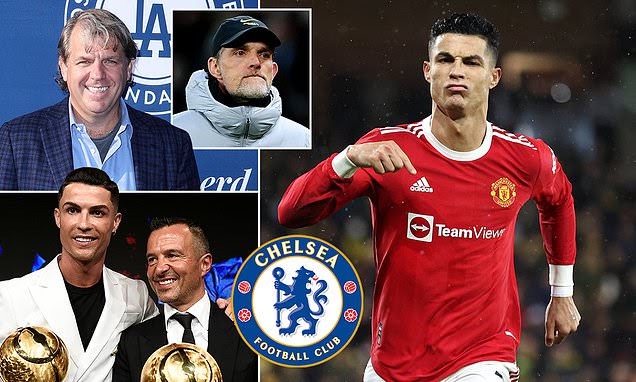 According to a report from The Athletic published today, they discussed Ronaldo's current predicament and the possibility of coming to Stamford Bridge.

The forward's two-year deal with United, which he signed last summer, currently has 12 months left, and it is thought that his club plans to keep him.

According to the same source, it is unclear whether Chelsea will actively pursue Ronaldo, who is rumored to be upset about his team's lack of recent transfer activity.

He still has a soft spot in his heart for the Red Devils, though.

Bayern Munich is rumored to have considered signing the 37-year-old as well, despite claims to the contrary from officials with the Bundesliga team.