This season, the most goals in the Premier League have been scored by a player from Liverpool. So far this season, the Egyptian winger has scored 22 goals and helped his teammates score 13 more. The BBC says that great players like Wilfried Zaha, Ivan Toney, Romelu Lukaku, and Danny Ings all scored goals for their clubs in today's Premier League games.

Romelu Lukaku scored two goals in today's game, giving him fourteen goals for Chelsea this season. He is the club's leading scorer in all competitions. Kai Havertz is close behind Romelu Lukaku. Havertz has scored thirteen goals in the same number of games as Lukaku. 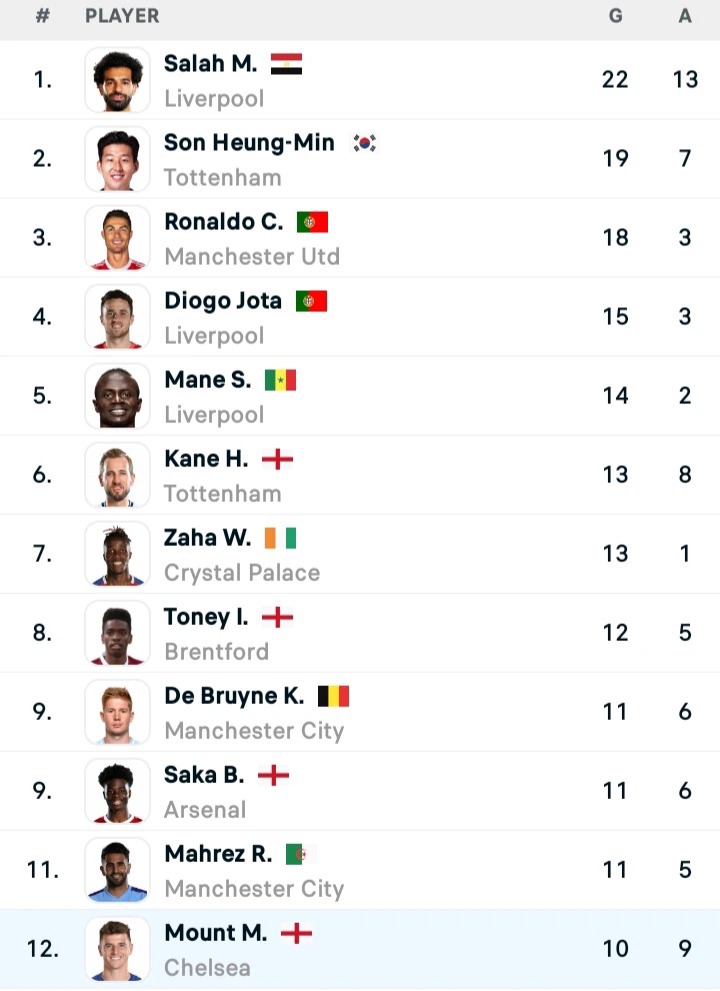 4 Benefits Of Bath Salts And How To Use Them

Chakalaka Norris is at Durban July looking this beautiful

4 Famous People Who Allegedly Predicted Their Own Death, Read Their Words