Mameldo Sundowns are by far the best club in the country, they know how to win games, they do whatever they have to do to make sure that they bring back the points, they are dangerous, offensive, they defend very well as a team, they maintain their structure and shape, they keep the ball pretty well and once they manage to break the opposition defense, they will finish off their opponents, Maritzburg United tried to be Stubborn, but they could not hold on the entire game, at some points, they had to break and concede. 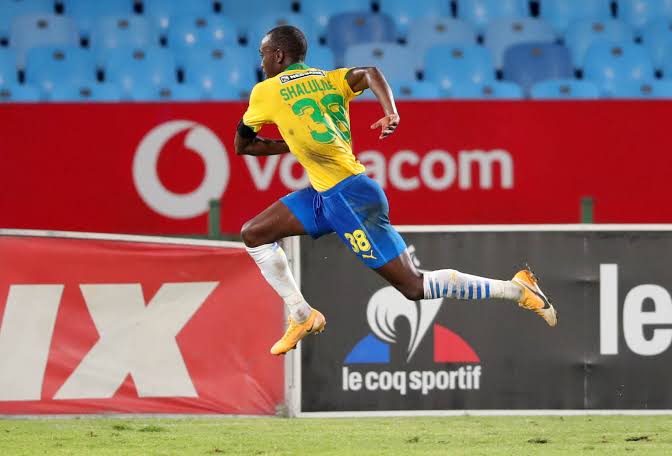 Masandwana came into the game with intentions to keep their u beaten record, they were also hoping to maintain their clean sheet since they were the oy team in the DStv Premiership who hasn't conceded a single goal this season, they had played seven games without conceding before they met The Team Of Choice, and they managed to protect their goalkeeper Riyaard Peterse who got a rare game time and maintained their unbeaten run and clean sheet.

After having gone into half-time without a goal, Masandawana came back looking for a winner, they were attacking with Shalulile and Safranko who were well marked in the first half, not given any space to try their luck, but Manqoba Mngqithi and Rhulani Mokoena ochestrated something during the break, they injected more energy to their boys who came back to find the goal that made the difference.

It took them over 50 minutes to get an opening and only goal of the game through their trusted striker Peter Shalulile who scored his 6th League goal after he received a pin point pass from the former Bloemfontein Celtic player Neo Maema who was on the half-way line, being a deadly striker, Shalulile did not need a second touch to score, he hit it on a volley to give the legaue's defending champions a lead on the 56th minute of the game. 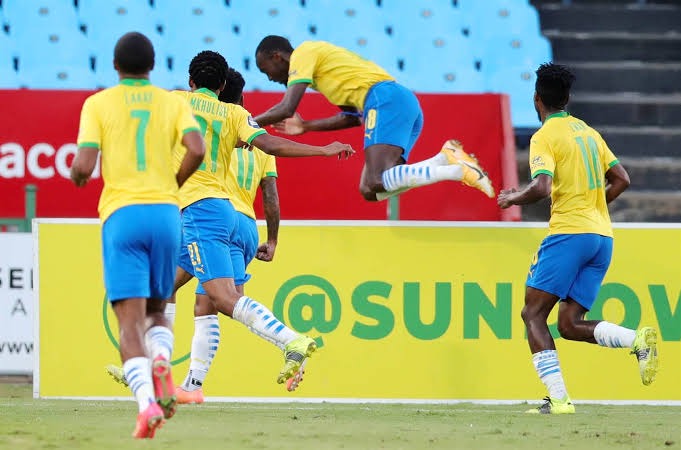 Sundowns managed to maintain their first spot on the log, they also managed to keep their 8th clean sheet of the season.

It ended with Masandawana winning by 1-0.