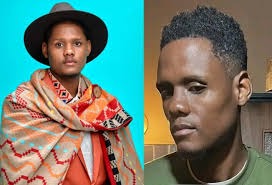 Samkelo Lelethu Mdolomba, who is popularly known as Samthing Soweto has revealed the reason behind his weight loss.

This came after he posted a picture of himself on social media. His fans that begin speculating why he had lost a lot of weight and wondered if he was feeling sick or unwell.

In a short video he responded to these allegations stating that he had changed his lifestyle which led to his weight loss. He also cleared the air and stated that he was not sick or unwell.

He did however mention in the video that he was going through a lot and that some of the speculations were correct.

He mentioned in the video that his weight-loss was a decision in order for him to be healthier and as a result he has begun exercising and doing things for better health.

He also thanked his fans for caring about him and being worried, however he assured them that he was not sick.