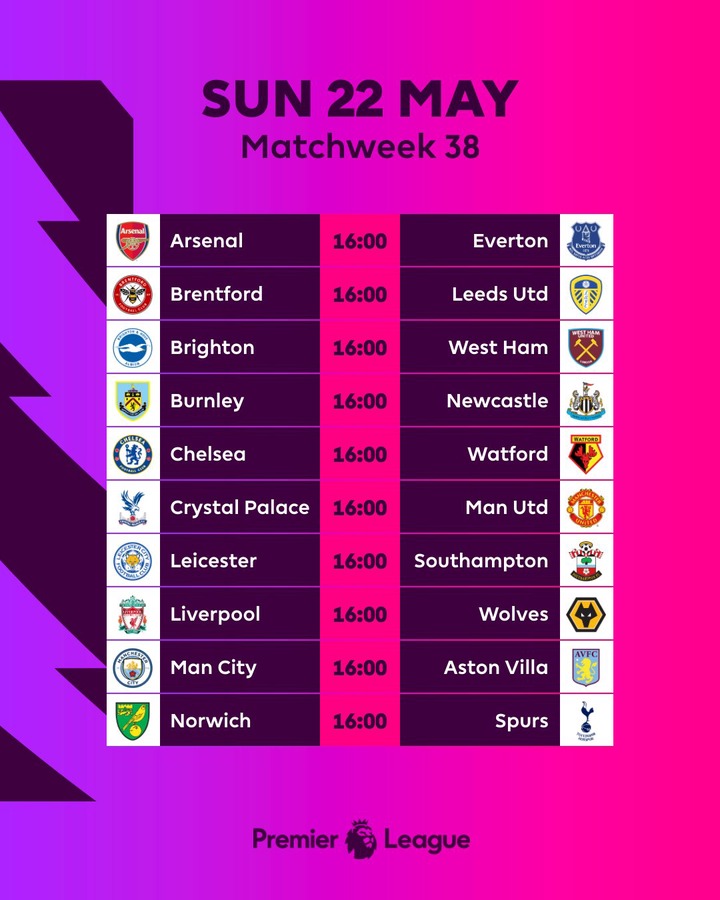 With the premier league coming to an end,it is today where we find out who will be crowned champions between Manchester city and Liverpool,who will be the last team to make up the top 4 and who will be the third team to be relegated to the lower division. 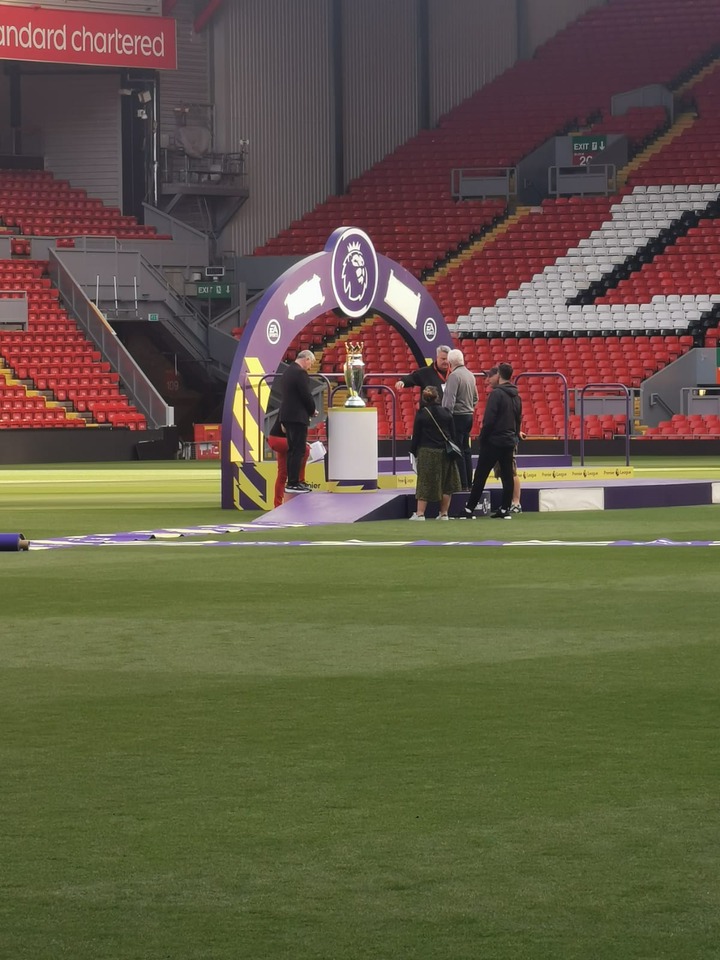 Manchester City and Liverpool are only separated by a single point following the previous week's results which saw City playing a draw and Liverpool winning to bring another day to the title race.

Following the FA cup win, Liverpool will be looking to add the premier league trophy just before they play their champions league final against the Spanish giants,Real Madrid on the 28th of May.