By Sakhile (self media writer) | 25 days ago

Alonso follows on his decision to stop taking knee before EPL matches. 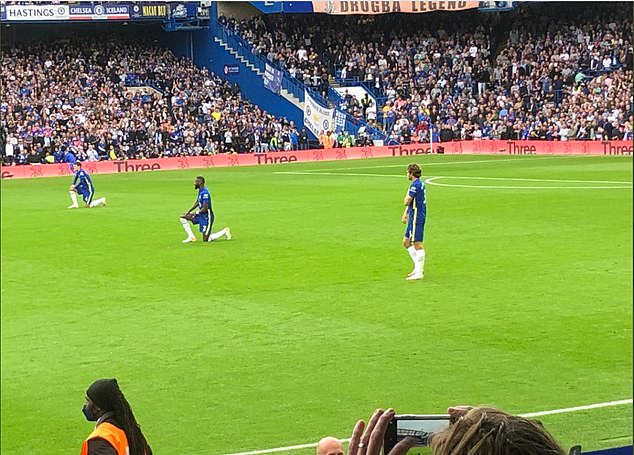 The Spanish defender Marcos Alonso has decided to follow on his decision not to take the knee before the matches in combat against racism being posed against players.

Brentford players also announced that they will stop taking knee before matches. The squad believes that the gesture has lost it impact. Wilfred Zaha of Crystal Palace also described the practice as degrading, speaking on the Judy podcast, Zaha said "the whole kneeling down! Why must I kneel down for you to show that we matter?"

The Blues of London are in the pitch right now against the Blues of Manchester and the score at half time is still zero all. Reece James has been replaced by Thiago Silva.

Content created and supplied by: Sakhile (via Opera News )