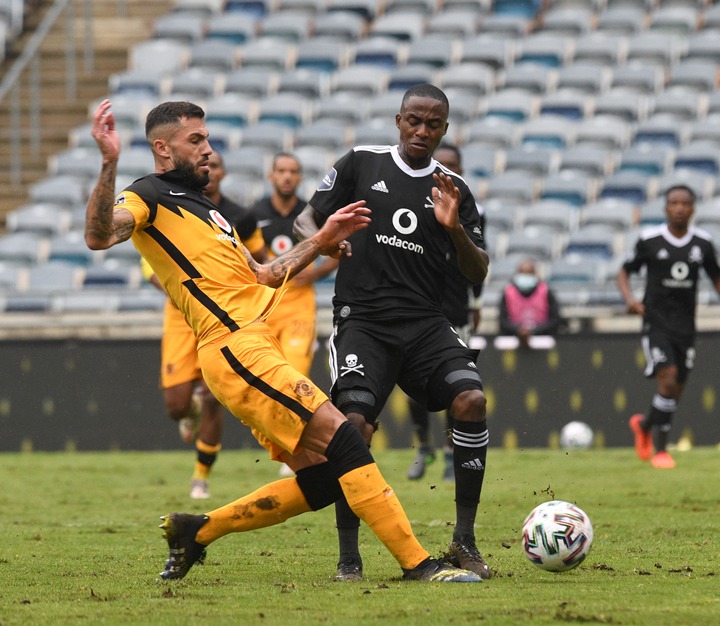 In what could be a major transfer coup for their rivals next season, Orlando Pirates star player Thembinkosi Lorch has reportedly submitted a transfer request at the Buccaneers.

The 27-year-old attacker has long been linked with a move elsewhere since been crowned PSL Footballer of the Year three seasons ago.

Latest news filtering through according to Phakaaathi is that the Bafana Bafana international could either jump ship and join fierce rivals Kaizer Chiefs or headed to Belgium, where he has attracted interest in the past.

A source has revealed that Lorch has an offer from a club whose identity has not been established as yet and he is really keen on it.

“He humbly went to the club to ask that they release him," the source said according to Phakaaathi.

"Obviously his suitors will have to fork out big bucks for him as he is one of the prized assets in that Pirates team.

“The deal looks promising because he has even spoken to the chairman (Irvin Khoza) and he was not against the idea, but he will have to be satisfied with the offer first,” said the source.

Amakhosi are expected to spend huge in order to bring the best players to the club after what has been a trophyless six seasons as well as a torrid 2020/21 campaign.

Who said bright colours are bad for a house? Check this splendid house painted yellow and features

When Beauty, Technology and Wealth collide: The 10 Tallest Skyscrapers in the World

How a dream inspired a woman to write