Bundesliga leaders Bayern Munich defeated FC Barcelona 3-0 at the Allianz Arena yesterday night in their last group-stage encounter in the UEFA Champions League to go clear atop the group and extend their flawless record in the competition to 100 percent. After two goals in the first half from Thomas Muller and Leroy Sane had placed the Bavarians in lead at halftime, Musiala completed the comeback in the 62nd minute, handing Barcelona their first UCL Group stage exit in almost two decades. A terrible night for the Spanish giants as they were thoroughly overwhelmed by the German machines, marking the second time in this year's competition that they had faced the German side and failed to score a single goal in the process. 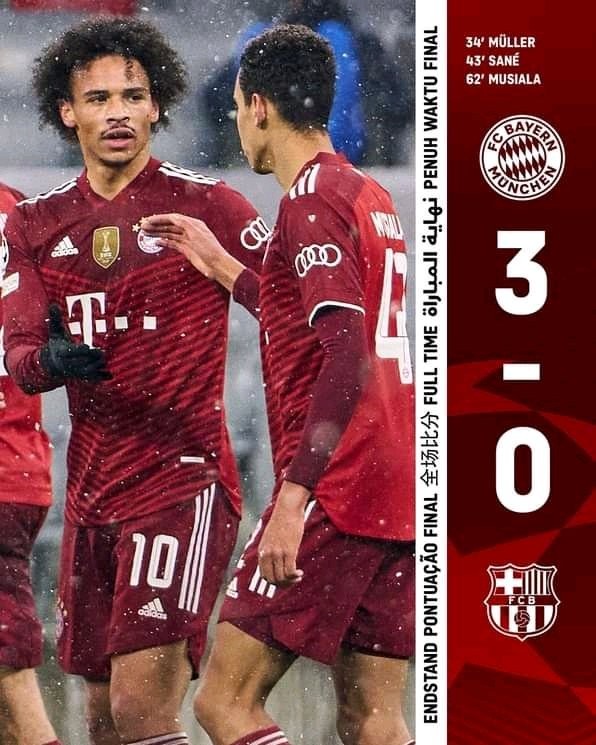 However, the primary purpose of this article is to examine how and why Bayern München's manager, Julian Nagelsmann, could have made such disrespectful remarks about their opponents prior to their crucial meeting, as well as the outcome of the meeting itself. Remember that the young manager and his assistant, Thomas Muller, were dissatisfied with the Ballon d'Or processes, which resulted in their star player, Robert Lewandowski, being denied the opportunity to win the award despite having performed admirably during the previous season. The Bayern Munich midfielder expressed his regret but pledged to bring the UCL championship trophy back to the city, which would begin by knocking off Barcelona (where Messi previously played). 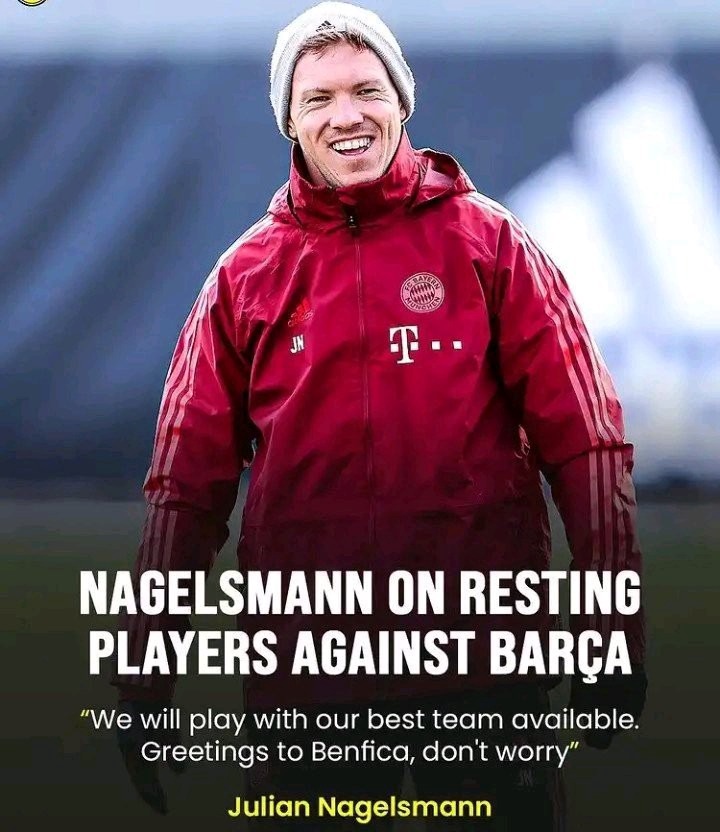 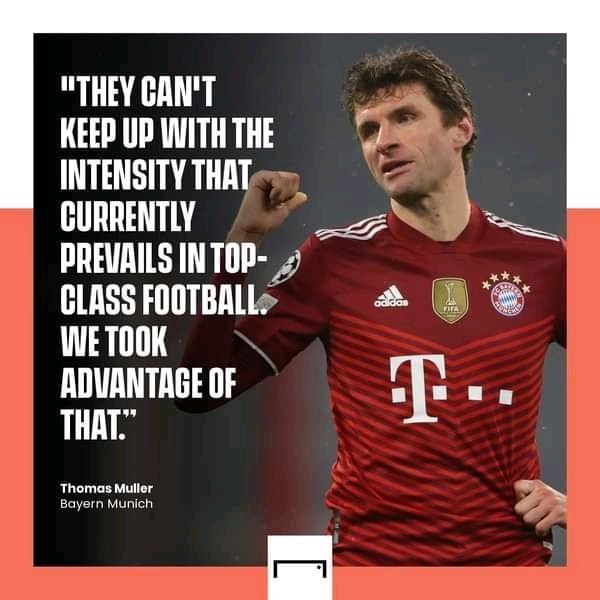 What happens when a manager allows his emotions to get the better of him (dissatisfaction with the Ballon d'Or results) and makes a derogatory statement against a high-profile team like FC Barcelona, who has won the UCL on numerous occasions and once had the seven-time Ballon d'Or winner; Lionel Messi in their ranks, is a different story entirely. Another likely explanation for why he made such a comment was the ignominious response (which included singing Messi's name) that he received from the Dortmund fans during their match. As a result, when asked about resting players for the Barcá match because they had already qualified, Nagelsmann responded as follows: "We will field the strongest possible group of players. Don't be concerned about Benfica's greetings .

This suggests that he had already written off the Spanish giants before the game even began and had thus welcomed Benfica on board as a superior side. In spite of the fact that such statements were a source of contention among Barcelona supporters, the harsh truth is that the outcome was precisely as anticipated, with Benfica cruising over Dynamo Kyiv by a score of 2-0 to finish second in the group and Barcelona being relegated to the Europa League. The Spanish squad's performance yesterday shown that its new coach, Xavi Hernandez, has a lot of work to do in order to return the team to its former glory. 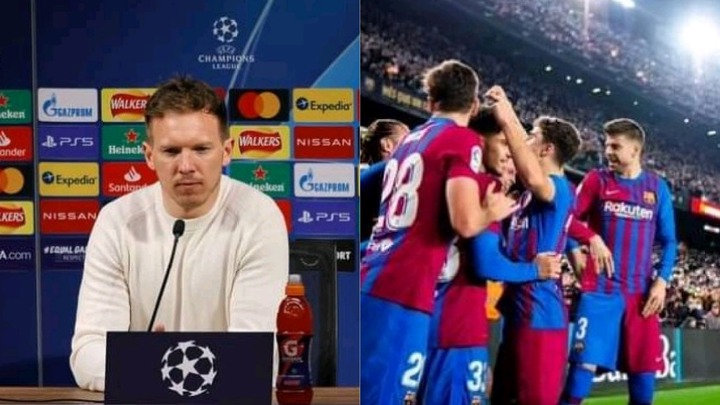