Mamelodi Sundowns Have Made Millions After Dominating This Past Season, See How Much They Have Made.

Following their Nedbank Cup win on Saturday evening Mamelodi Sundowns have brought in millions and millions of rands in all the competitions that they participated in this past season. Their season started with the Pretoria club winning the MTN 8 at the beginning of the season, they then followed that up with dominating and eventually winning the Dstv Premiership. Sundowns then went on to participate in the lucrative CAF champions league where they were sadly knocked out in the quarter finals, but collected a worthy cheque for reaching the last eight. 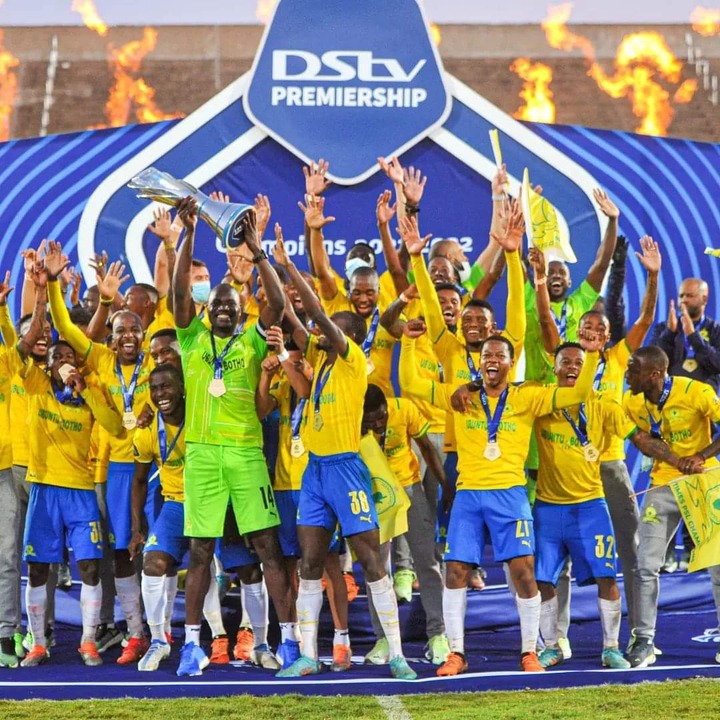 Sundowns then lifted the Nedbank Cup after beating Marumo Gallants to complete the domestic treble, becoming the second team in the country after Orlando Pirates to achieve this. According to DiskiTimes who calculated all the prize money the club has accumulated since the beginning of the season, they have made a whopping R43 million. 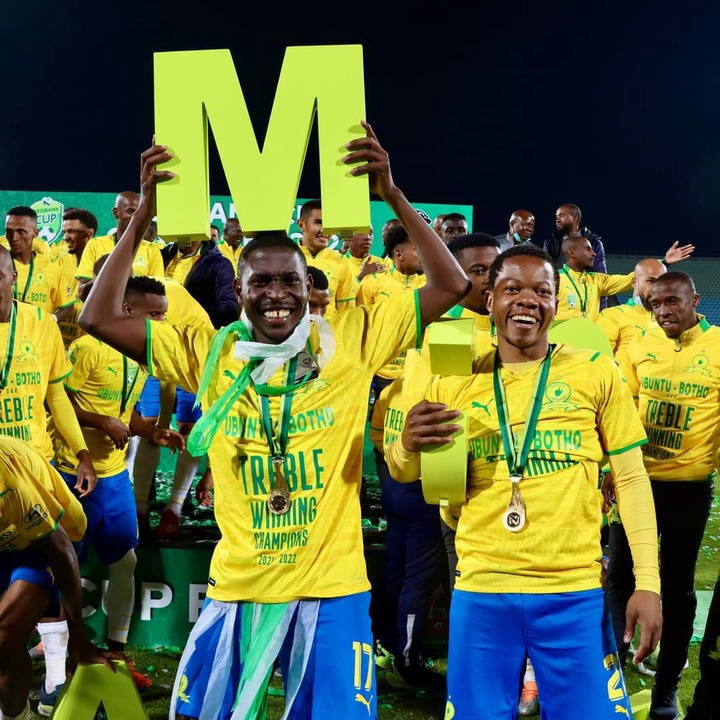 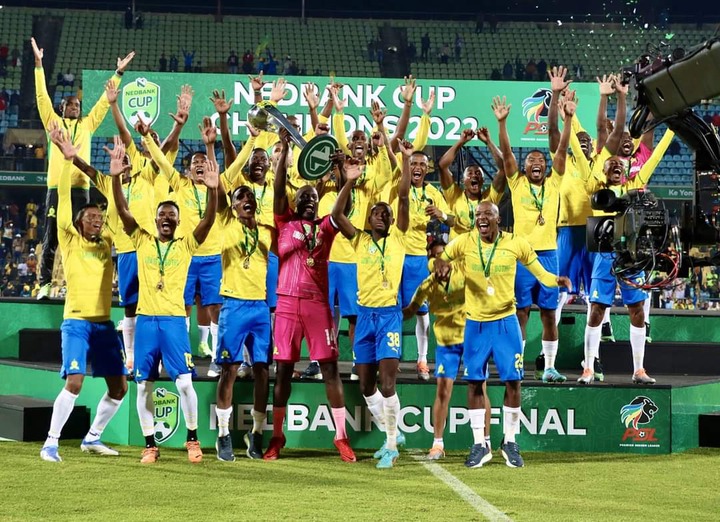 The money could increase when the club is expected to collect more individual awards at the Premier Soccer League(PSL) awards on Sunday night, when they are expected to collect almost all of the awards as they dominated all the categories they were nominated in. 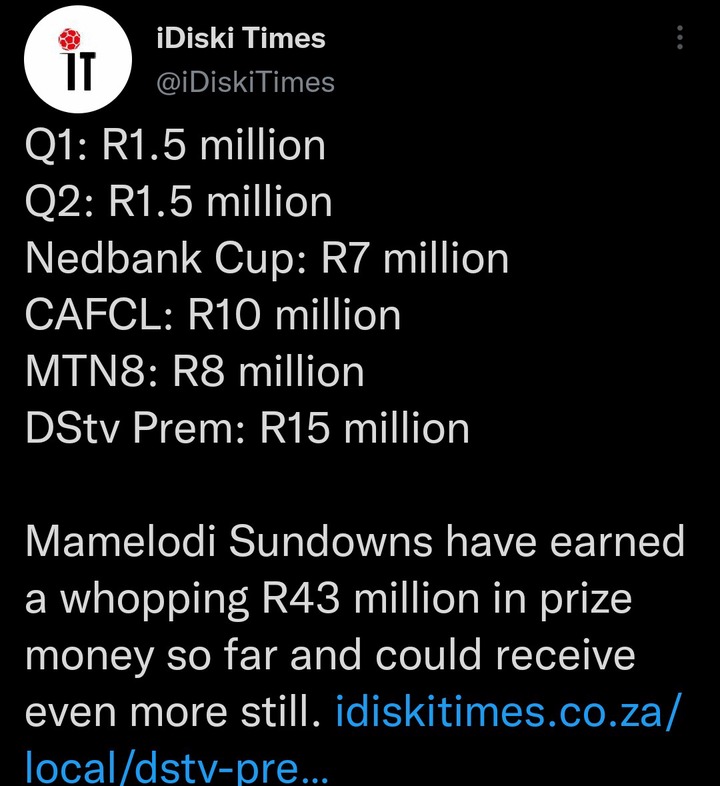