So far, the eighth round of the English Premier League season in 2021/22 has provided some spectacular results, with plenty of goals to look forward to. 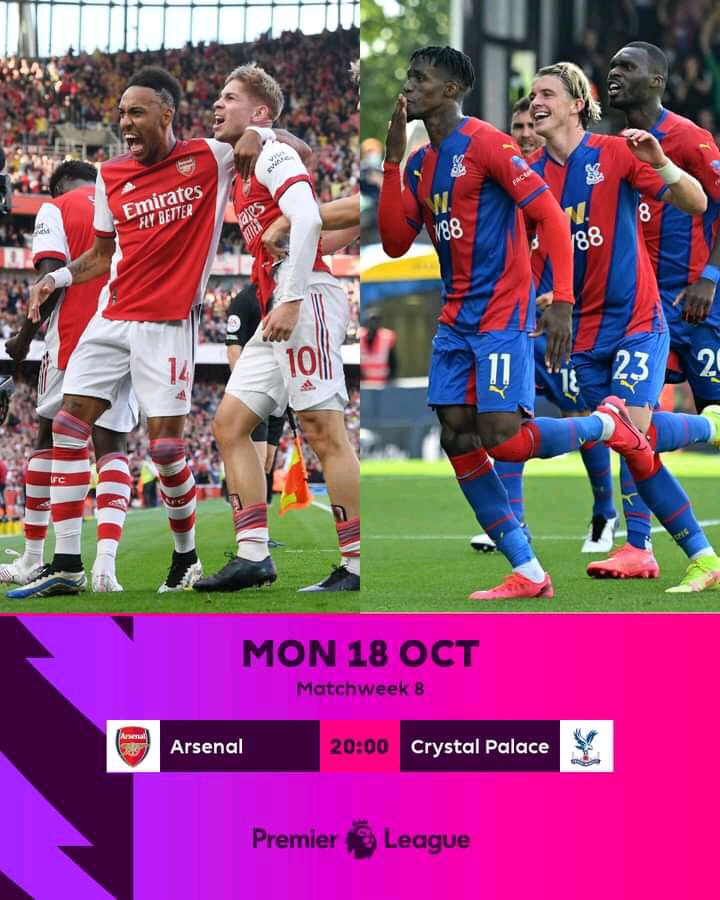 Arsenal and Crystal Palace played to a 2-2 draw at the Emirates Stadium to kick off the day's action on Monday night. 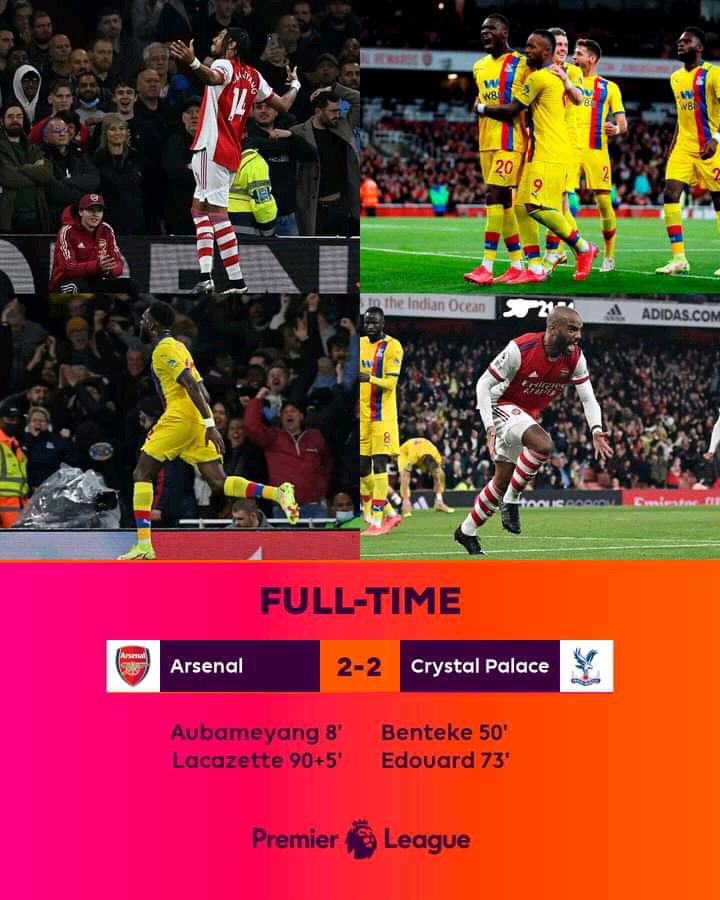 Arsenal scores an equalizer in the 95th minute to secure a draw against Crystal Palace, when it appeared as though the visitors would take all three points. 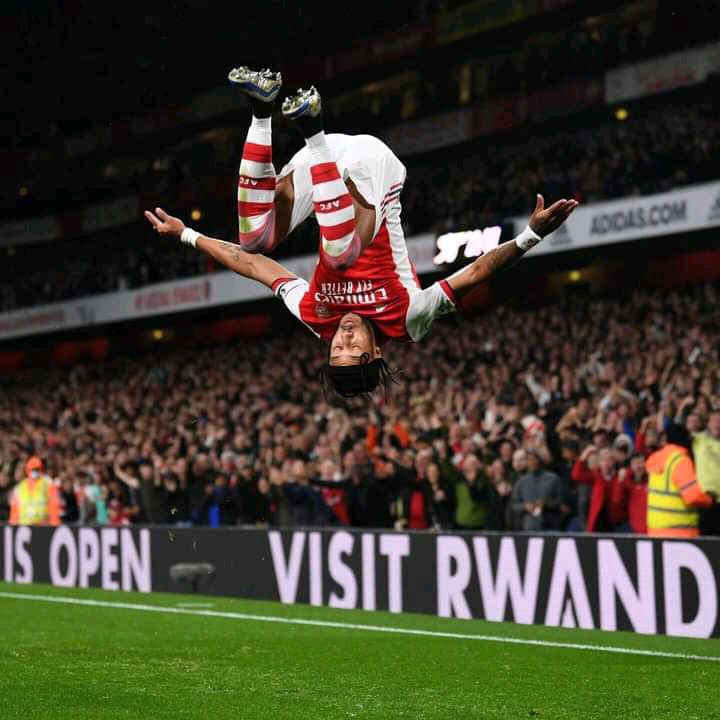 In the first half, Arsenal led 1-0 courtesy to Aubameyang's early strike, but Palace responded in the second half, with Benteke tying the game before Edouard put the visitors ahead and bringing the score to 2-1.

It appeared as though Palace would see the game out and earn the victory, but Lacazette scored a crucial equalizer in stoppage time to make the score 2-2. 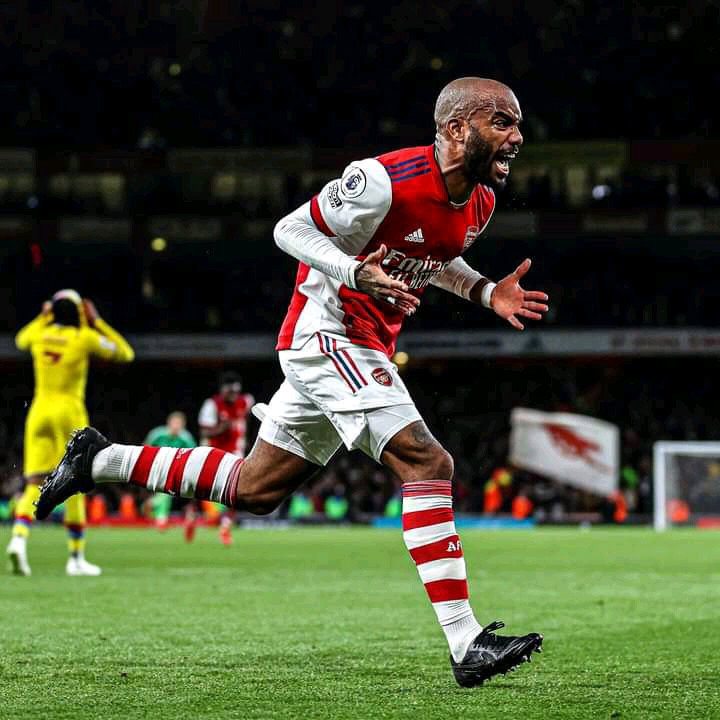 Arsenal's next opponent will be Aston Villa, while Palace will host Newcastle United at Selhurst Park in their return to the Premier League.

The following is how the EPL table currently appears: 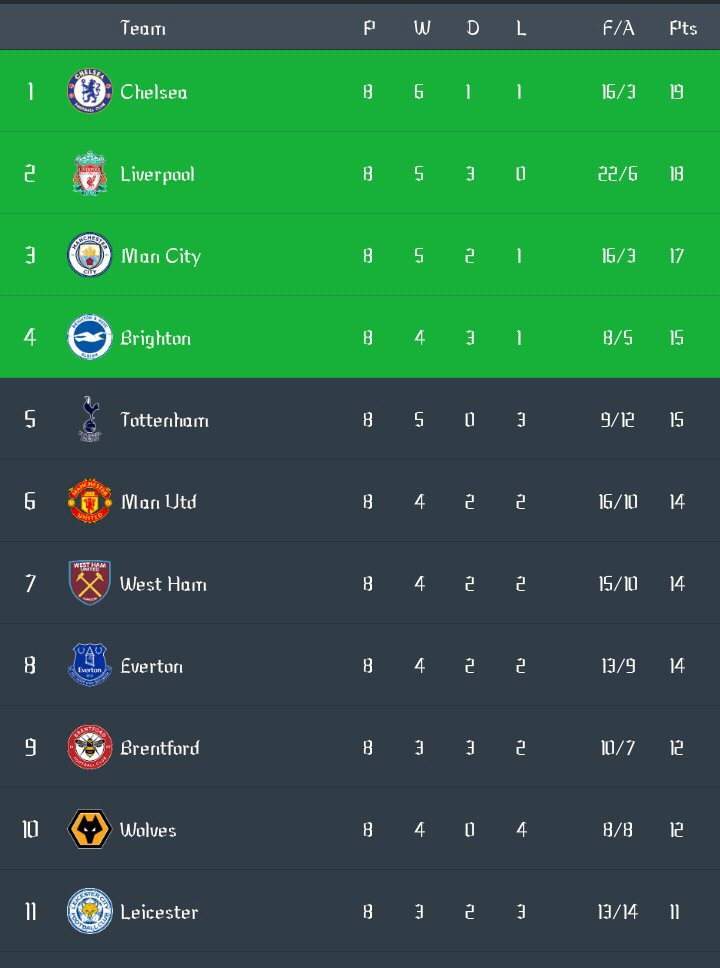 As of right now, Chelsea is in first place in the Premier League, with Liverpool in second place and Manchester City in third. 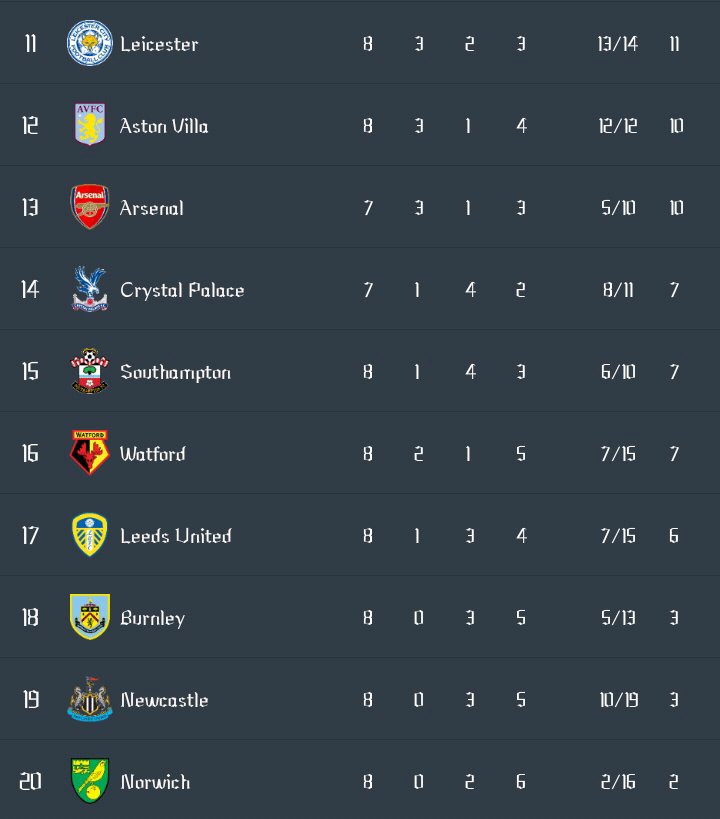 Arsenal has moved up to 13th place in the English Premier League table, with Crystal Palace trailing closely behind in the standings. 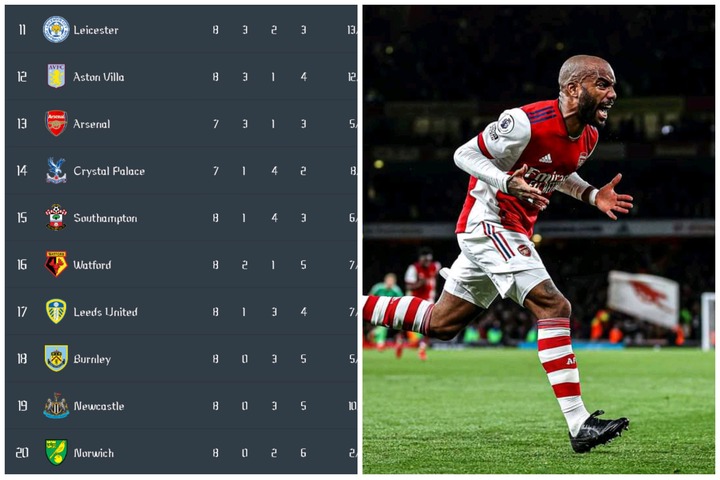