By Slimxy_Entertainment (self media writer) | 27 days ago

After losing the Cup to RS Berkane, see what the Pirates Coach had to say about it. 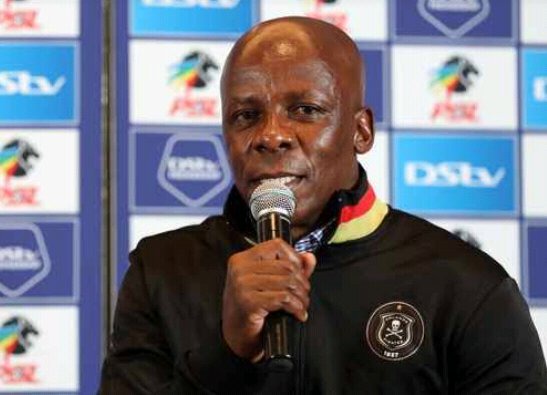 In the wake of Orlando Pirates' CAF Confederation Cup final defeat to RS Berkane, head coach Mandla Ncikazi has given his thoughts.

On penalties, the Buccaneers lost a 1-1 game that had gone into extra time with a score of 5-4. While Thembinkosi Lorch was hailed for his heroics following his equalizer in the 117th minute, his missed penalty kick turned him into an antihero.

"I'm heartbroken by our team's current predicament. They lost the final, and he said, "We lost a match we shouldn't have lost," after the game ended.

"There were so many chances for us to win, but we were unable to capitalize on them. This has been the narrative of our season: you generate so many chances, you dominate the play, but you fail to put the ball in your net.

Because they fought so hard, I feel empathy for the players and the team. We have no choice but to accept the current situation.

We lost a final that we shouldn't have lost based on our dominance and the creation of opportunities that we generated, said one player. If you don't take advantage of the chances you create, "this is what happens in football."

You have my sincere gratitude for taking the time to read this.