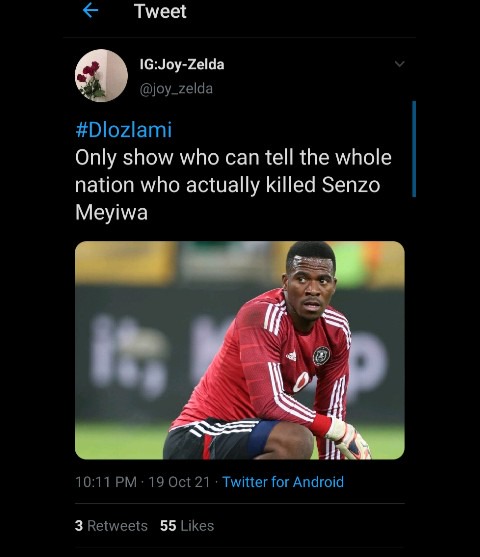 Speaking of raw talent, Senzo Meyiwa was one of the talented goalkeepers of all time, Orlando Pirates's had captured an asset by making him part of their family.

Since the passing of Meyiwa, there has been few substitutes filling his shoes, Brighton Mhlongo is one of them.

Fast forward, people for the longest time have been fighting for justice for Senzo as the case kept dragging because investigators always hit the dead end.

Recent reports revealed that a hitman from KZN was charged of two murder cases including Senzo's.

However, people seem not convinced as they want the family of the late goalkeeper, Senzo to consult a host of Dloz'Lam, Thembi , to get at the bottom of the case.

Thembi connects the dead with people and reveals the truth that many weren't aware of.

only show that can tell the whole nation who killed Senzo Meyiwa", one wrote.

Senzo's case has been filled with a lot of assumptions and his girlfriend Kelly Khumalo has been accused of hiding the truth because when Senzo was shot, her and her family were there and people were saying, they are ought to know who came in and shot Senzo. 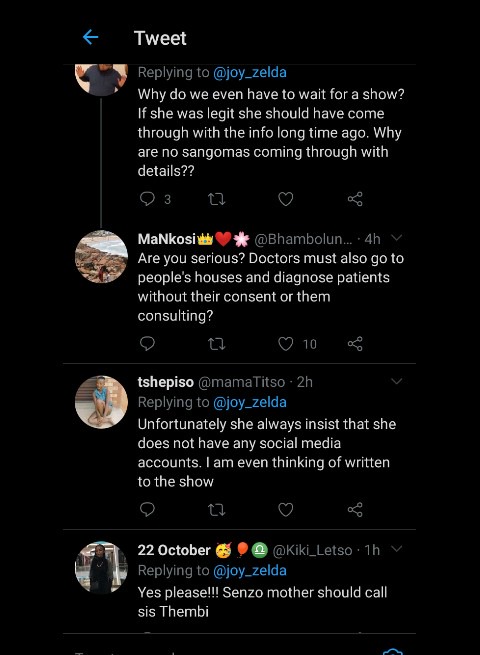 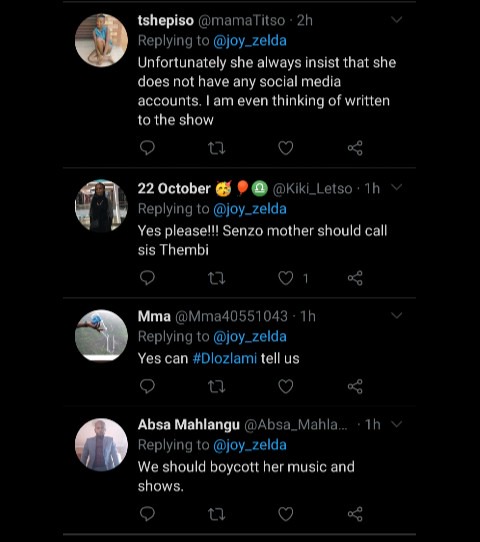