Former Orlando Pirates midfielder reportedly in discussions with other clubs. 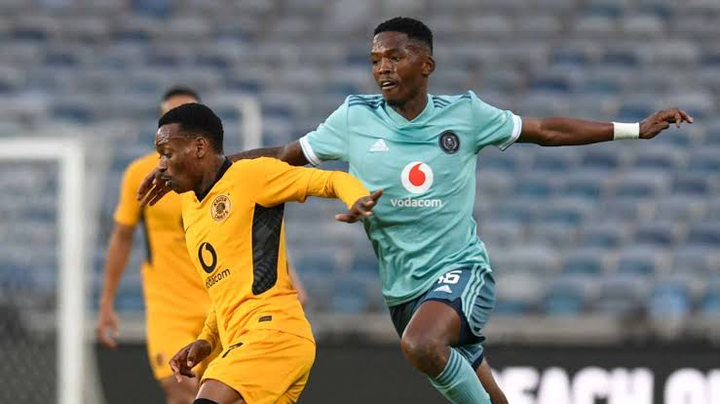 According to the most recent sources, former Orlando Pirates midfielder Thabang Monare is in discussions to join AmaZulu, a team that competes in the DStv Premiership.

Monare was released by Pirates earlier this week, but there have been suggestions that AmaZulu are interested in signing him, so it's possible that he won't be clubless for long.

Monare, who just came forward to voice his disbelief at being let go by Pirates, has been going through a week that has been full of bafflement and disillusionment. The defensive midfielder had a good season for the Buccaneers and was an essential cog in the team's run to the CAF Confederation Cup final. The Buccaneers won the tournament.

Hugo Broos, the coach of Bafana Bafana, took notice of those performances on the African continent because they were so impressive. As a result, Hugo Broos decided to play him in both of the friendly matches that Bafana Bafana played against France and Guinea in Europe a couple of months ago.

However, things have taken an unexpected turn for the worst for Monare at the Pirates after he discovered on the club's website that he was being dismissed from his contract.

The 32-year-old player made it clear that he was treated unfairly as a result of that decision, but it's possible that he won't have to spend too much time wallowing in self-pity and licking his wounds. This is as a result of a report that was published in The Citizen, which asserts that he is already engaging in conversation with the ambitious AmaZulu on a potential move.

"According to the source, the club has expressed their desire for all of the new players to report to Durban prior to Sunday so that they can be briefed on the procedures at the club and meet their new teammates on Monday. The club has stated that they would prefer this to occur.