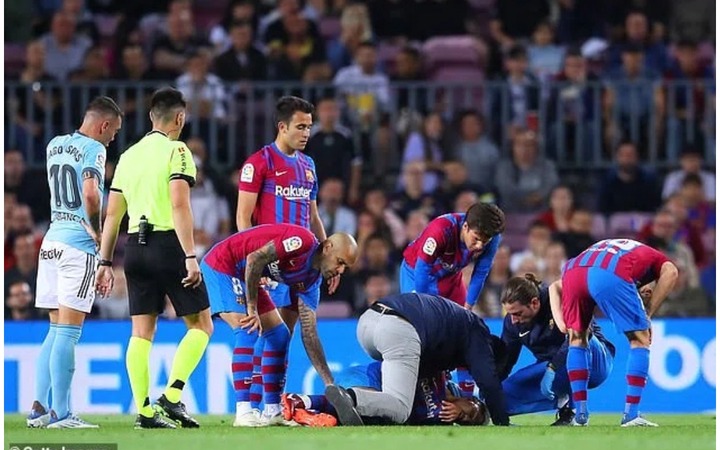 The football fraternity has been worried after seeing disheartening images and videos of what occured to a Barcelona rising star Ronald Araujo. As no one expected that a clash on the head would be severe that it caused Araujo to collapse and seek medical attention. It proved to be a nasty clash as it happened with a spare of the moment between the 23-year-old Argentina international with Gavi who's also his team mate within the Catalan club. When the ambulance was called into the ground, after Araujo collapsed, they tried to stabilized him and then he was taken to the hospital. As the injury on his head proved to be dangerous than they thought. Hence, they didn't want to take any risks which might cause more problems for the talented player. 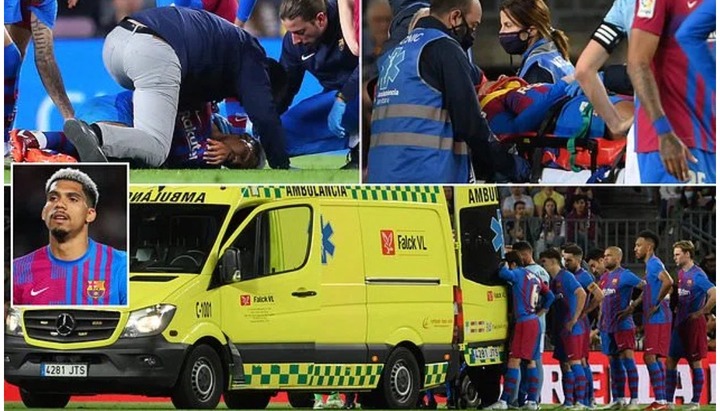 Even though it was a mistake as both players were going for a header at the same time and ended up colliding with each other. This incident occured in the 62nd minute, when Barcelona was leading by 3-1 against Celta Vigo in the LaLiga game that was filled a lot of talking points and challenges too. Barca knows that they've lost the LaLiga title to Real Madrid and it has been a tough compaign. 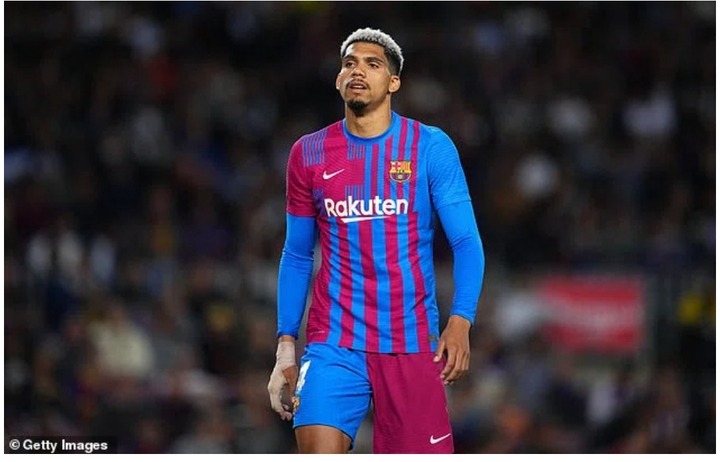 What was scary was seeing the center back falling down after he was on his feet after the head collision. Hence, the match had to be suspended until the medics helped him out. Now, the Barca manager Xavi Hernandez has stated that Araujo was taken to the hospital after he suffered a concussion, but he will be fine. "We can rest easy. The doctors have told us he is conscious and that he will be spending the rest of the night in the hospital, although we were scared at first. He's fine. He has a concussion and he will stay in overnight but he is going to be fine," said Xavi speaking to the media.