By PandaBear (self media writer) | 4 months ago 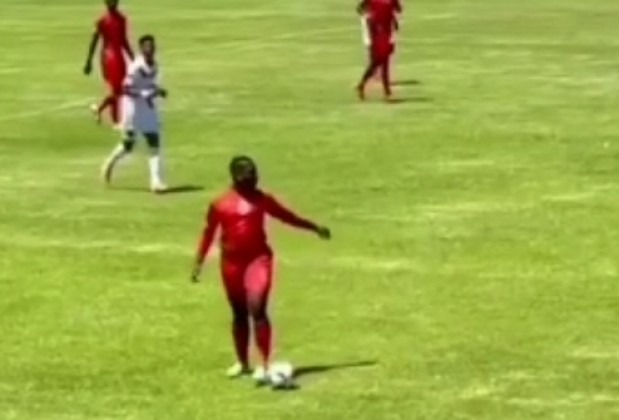 The youngest DStv Premiership chairman sent social media into a frenzy after he showed off his Kasi Flava for his club during a Multichoice Diski Challenge match against the Cape Town side.

In a recent post on social media, the parttime musician showed off his highlight reel during their 21 win where he wore the number10 jersey which is a number that is often associated with the best players such as Lionel Messi, Diego Maradona and Wayne Rooney.

In the crowd, his mother Shauwn Mkhize looked jovial as she was supporting him by cheering him and playing his new song in the background.

While he may be known for his offfield antics such as his postwin dancing with his mother Shauwn Mkhize or his evergrowing collection of designer drip, many are unaware of his ability on the football pitch.

Mpisane`s former coach Joel Masutha has previously mentioned that the 20yearold's talent should not be underestimated by comparing him to Junior Khanye.

"Dribble-He likes it. He is very skilled like Junior Canier. Yes, he is a Junior Canier type player. He is a player who dribbles when he gets the ball." Masta Said KickOff.com was talented. He has very good tactical skills and his only problem was his physical fitness.

He injured his knee while we were working on it. But he's a very good player with technical ability."

“He can dribble, but you know in the first division, players must be very fit because the league is very physical.”

Royal AM's 41 win over Chiefs in September 2021 was Amkhosi's heaviest home defeat in a league game ever since the club was established, per SuperSport.