Gerrard; Liverpool Were The Better Team

By Percivall (self media writer) | 6 months ago 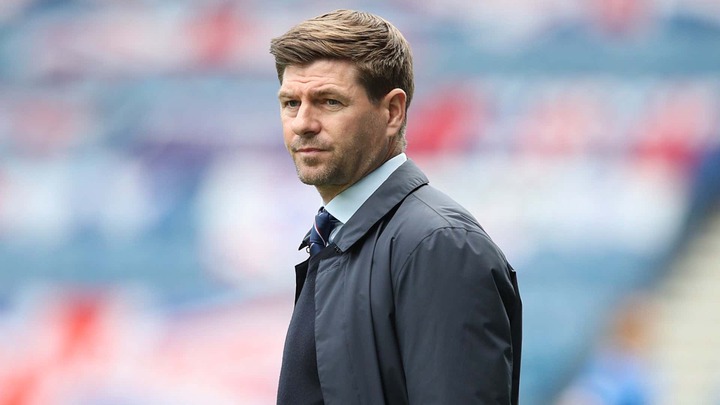 Liverpool legend Steven Gerrard returned to Anfield on Saturday as the manager of Aston Villa, but the former Red could not guide his team to victory as Mo Salah's penalty ensured that Liverpool collect all three points, keeping their Premier League title hopes alive.

''We had a decent shout for it. There was certainly contact from Allison on Danny Ings if you follow it. On Watkins as well''.

Gerrard felt like the referee could have at least had a look at it.

''We thought that deserved the referee and VAR to take a closer look. It seemed like he [the referee] wanted to move on quickly from it from our point of view. But ultimately we lost the game to the penalty shout in the other box. We believe it was foul on Tyron first, so I feel harsh on both incidents but penalty box are penalty box and Liverpool were the better team than us''.

Aston Villa have shown massive improvement since the appointment of Steven Gerrard and this game was their first loss under the English in 5 games.

Steven Gerrard says he had a plan to defeat his old side. He planned to keep the two sides level, then, later on, throw more attacking players if I should have done that earlier

''The plan was to take it into the later stages of the game then throw more players out from the side, the likes of Danny Ings, and get more of our attacking players on the pitch but we'll analyze it moving forward if we should have done that earlier but the penalty [for Liverpool] was a setback for us''.

What Maluleka said on claims he is at fault, for Chiefs missing out league title in 2019.

Agent On Why Nurkovic Chose Royal AM Amid Overseas Interest.