Cesar Azpilicueta is the current captain of the Chelsea football club, but his contract with the club expires next summer. He may have left the club by then, but who will captain the team if he does? Here are three Chelsea players who should take over as captain if Azpilicueta leaves the club next summer. 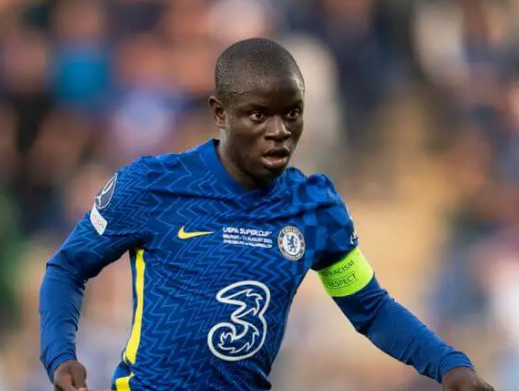 1 - N'Golo Kante: The French midfielder has been a very consistent player for Chelsea football club since he was signed from Leicester city football club, and he deserves to be the team captain. Even though he is not yet the team's captain, he is always a good leader on the field.

He is a very coordinated and calm player who can inspire the other players on the team to perform well because he is always performing at his peak for the team whenever he is on the field. He has played for the club for many seasons and has a wealth of experience.

2 - Marcos Alonso: The veteran defender has been with the club for many years and is undoubtedly one of the players who can very well lead the players of Chelsea football club both on and off the pitch.

For many years, the Spanish full-back has been a very consistent player in the club, and he is capable of being a fantastic captain for the team. If the team's current captain leaves at the end of the season, he deserves to be named captain.

3 - Edouard Mendy: The Senegalese goalkeeper has been performing admirably for the team and has led the defense line admirably. If he is appointed captain, he will undoubtedly be a good captain for the club.

He has played in a variety of clubs and gained valuable experience, including leadership. He is a regular starter for the team, and it is always a good thing for a team's captain to be a regular starter.

Who, in your opinion, should be the next captain of Chelsea Football Club if Cesar Azpilicueta leaves the club when his contract expires next summer? Please share your thoughts with us.