A former defender for the Kaizer Chiefs has speculated that Eric Mathoho may take on a "new" position with the club in the near future.

Both the veteran defender and the veteran goalkeeper, Itumeleng Khune, are the only senior players still on the roster for Naturena. 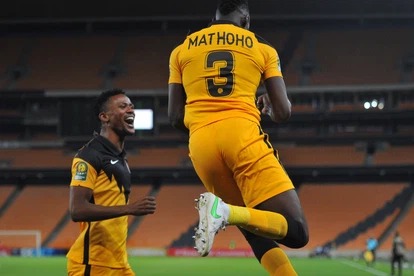 And even if his form might not allow him to be featured frequently under Arthur Zwane, Nhlanhla Kubheka claims that he plays a significant role at the Glamour Boys.

Mathoho's chances of seeing significant playing time under Arthur Zwane have significantly decreased after the acquisition of defender Zitha Kwinika.

Despite this, Kaizer Chiefs will enter the upcoming season with a squad that has a new and improved look. Meaning Mathoho seems to be heading in the direction of playing an important "mentoring" role to the club's younger players!

"One or two experienced players are essential for every team. Even though they might not participate in the game, just having them there might make a huge difference in the camp.

"Mathoho is one of the older ones that is still around presently. Therefore, perhaps his function will consist more of serving as a guide for the younger members and the newcomers.

Jessica Motaung, who serves as the marketing and commercial director for the Amakhosi, has dropped hints about other potential additions at Naturena.

Already, the Glamour Boys have introduced seven new people to the Naturena community.

The news that Kaizer Chiefs have signed Ashley Du Preez and Zitha Kwinika away from Stellenbosch made national headlines.

"Success is our goal, and we aim to achieve that success on every possible level here at Kaizer Chiefs." Because of this, you can observe work being done on three different levels: the technical level, the management level, and the brand level.

'This Is What The Police Recovered From 4 Zimbabwean Suspects

Ramaphosa Has Revealed Why Women Need To Be Celebrated.

"Patrice Motsepe will be the President of the ANC very soon" - Dr. Mthibeli

Here Is Why SA's Water System Is Failing.

Here Is Why Stellenbosch Is Conducting investigations.

Be On The Lookout When Travelling On The N3 & N12, This Is What Is Happening.