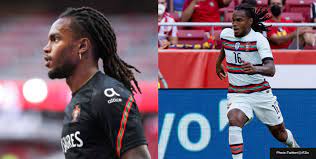 Wolverhampton Wanderers have managed to displace both Arsenal and Liverpool in their pursuit of Renato Sanches, according to an exclusive report from talkSPORT. The LOSC Lille midfielder is set to make his long-awaited Premier League comeback. He will initially join the club on a season-long loan, where he will once again play under Bruno Lage's guidance.

Although Sanches did not predominantly play for the newly-appointed Wolves manager during his professional career, Lage was the youth coach at Benfica when the young midfielder was making his reputation in the age-group divisions.

Since then, the Portuguese international has gone a long way, winning UEFA Euro 2016 for his country and signing a lucrative contract with Bayern Munich, before joining LOSC Lille to restart his career. Sanches' performances were crucial in helping the French squad win the Ligue 1 title last season, but he appears to be ready for a new chapter in his career now. 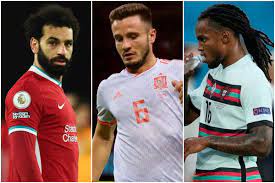 The Premier League is the most likely destination, albeit Wolves is a surprising pick given that he was linked with a move to Liverpool during the summer. Jurgen Klopp was intent on signing him as a direct replacement for Georginio Wijnadum, who had left the club. Liverpool has since been widely chastised for their lack of market activity. However, they have been connected with a move for Yves Bissouma in the final week of the transfer season, maybe as a replacement for Sanches.

Arsenal was another club that was interested in signing Sanches. However, they are in a financial bind after questionably squandering fortunes on players like Ben White, Aaron Ramsdale, and Nuno Tavares, and have had to settle with Martin Odegaard as the solution to their creative woes. Renato Sanches has found Wolves to be an excellent option as a result of this predicament. Bruno Lage is keen to find a centrally oriented playmaker who can provide creative support in the final third and unleash the likes of Adama Traore and Francisco Trincao out wide with Pedro Neto out injured.

The Portuguese international, who has had incredible success with Lille and the Portuguese national team in the last year or so, is the ideal answer. And, after a difficult loan spell at Swansea City, it will be interesting to see if his performances at Wolves this season will finally silence the detractors. Arsenal and Liverpool will have to wait and watch if they make a late-season bid for another midfielder. 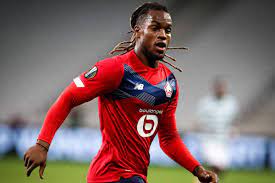 OPINION| How is David Mabuza expecting the youth to move ANC forward ?

Malema Spits Fire As This Happens

In Shock: The tombstone of one of the late ANC top member has been vandalized