Arsenal has taken a step closer to announcing their first and second January transfer window signings. The team has been in talks with two players, a striker and a midfielder, and it's just a matter of time until an official announcement is made, according to club sources. 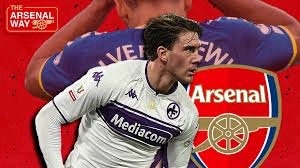 Dusan Vlanovic, a Serbian striker who previously played for Fiorentina, has agreed to join the gunners. The 21-year-old has been a standout performer in Serie A, attracting interest from some of Europe's top teams. Mikel Arteta, Arsenal's manager, is a big fan of the youngster and believes he will succeed Pierre Aubameyang.

There is silence from the players, both with Fiorentina and other clubs that 'Arsenal management are aware of,' who 'found themselves facing an identical smokescreen after an overall agreement with Fiorentina (including the transfer of Torreira)'.

Elsewhere Arsenal are close to bringing back former Liverpool player Wijnaldum on loan from Paris Saint-Germain, according to the Telegraph. Since leaving Liverpool, the player has struggled, and Mike Arteta has made it obvious that he wants the Dutchman at Emirates. 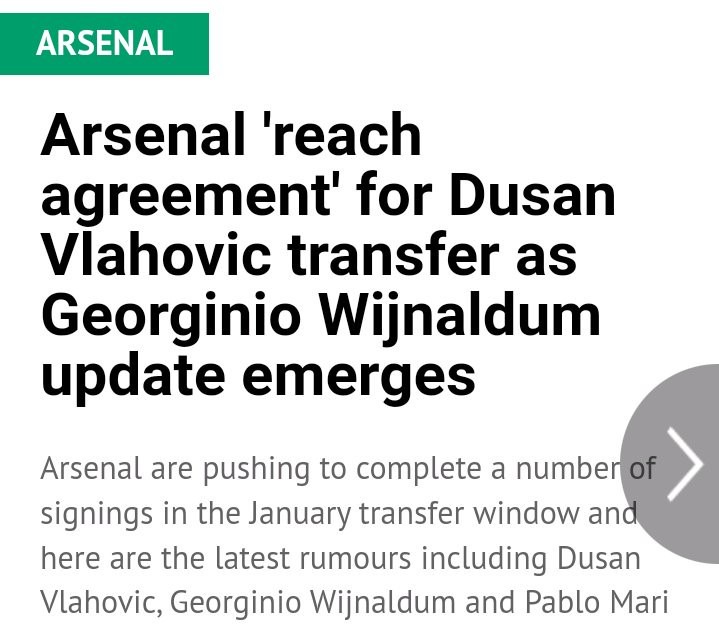 The two transactions will be publicized in the following days, since Dusan Vlanovic's medical is scheduled for next Monday. Arsenal's technical director, Edu, wants the two trades to be completed as soon as feasible. Vlanovic will take over for Aubameyang, whose future at the club is uncertain.

The age of Grannit Xhaka has piqued Arsenal's interest in a midfielder. The north London club is looking to add some new blood to help them finish in the top four. Sambi Lokonga has not proven to be a suitable substitute for the Switzerland international, prompting Arteta to look for a new central midfielder.

The Bad News That Mdantsane Brings To Chiefs And Orlando Pirates

Pep was asked how he pulled off the comeback against Aston Villa.