Hugo Broos Has Reacted To The Bafana Loss.

By SA_News (self media writer) | 2 months ago 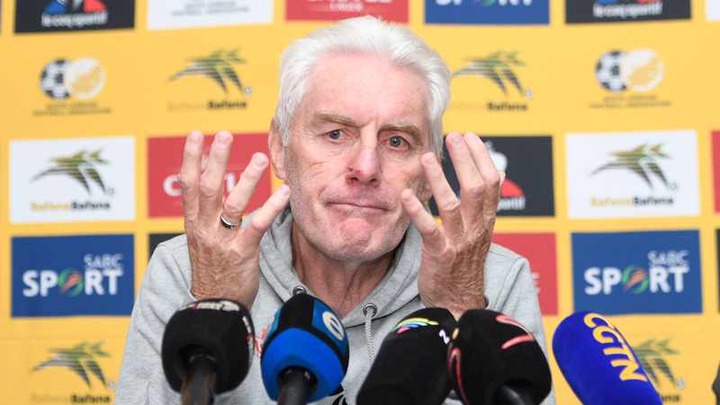 Mentor Hugo Broos' men made a splendid beginning when Lyle Foster opened the scoring in the eighth moment, nonetheless, they were on the backfoot for their whole challenge however the Belgian guide was satisfied with his side's application.

"Actually no, not by any stretch (the outcome we needed). I figured we could win, then after the objective we got I was content with one point, in the event that you get a subsequent objective so near the end it's frustrating," Broos said after the game.

"For sure we understand what to do now in September. I was not - how might I say it - disheartened about the exhibition today. We will battle for it. We played against an exceptionally impressive Moroccan group.

"So that was great. Hopefully that we can do it in September two times and ideally get two triumphs."

Illustrations from Bafana's misfortune against Morocco

Mamelodi Sundowns head out in different directions from George Maluleka

Bafana had recently 36% belonging, five shots at objective and with one going on track. The aim to ingest strain and play on the counter assault was obvious from the beginning and that is the manner by which Foster got through on objective to give his side the lead.

The South African men's public group highlighted two or three debutants, among them Sphephelo Sithole who was among Bafana's best players on the evening.

The 23-year-old, however, had all the earmarks of being battling with injury for most of the game and mentor Broos uncovered his disappointment at surrendering a late objective without 'Yaya' on the field despite the fact that they had inquired as to whether he was OK at half time.