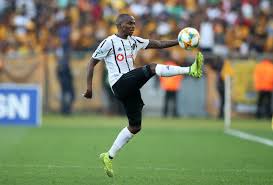 Orlando Pirates have been having goal-scoring issues since their top strikers, Zakhele Lepasa, Tshegofatso Mabasa and Gabadinho Mhango got injured.

However, it has been a while and the Buccaneers coach Josef Zinnbauer should have worked out a formula on how to effectively use players he has at his disposal. 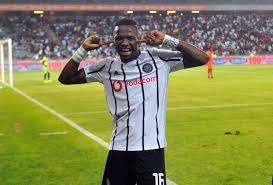 In response to this problem, the German has been playing Thembinkosi Lorch as a false nine, inter-changing that role with Deon Hotto and both of them supported by Vincent Pule and late box entries by Fortune Makaringe. 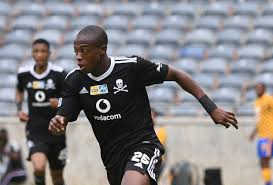 This system has cost Pirates points as it was evident in their 2-0 loss to Golden Arrows but it worked wonders in a victory over Cape Town City, where they scored two goals in the first five minutes and could have won by a bigger margin had it not been for the poor finishing.

In the CAF Confederation Cup, the Soweto giants beat Jwaneng Galaxy 3-0 in the first-leg in Gaborone, with Terrence Dzvukamanja playing as a striker and another striker Jean-Marc Mundele rounded off the scoring as a substitute after Thulani Hlatshwayo and Linda Mntambo got on the scoresheet. 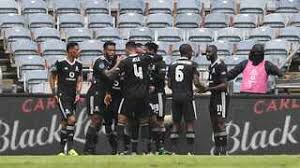 In the second-leg at Orlando Stadium, although the tie was already over, Zinnbauer experimented with Kabelo Dlamini and Mundele as strikers and you would think in league games, one of them could get an opportunity, even coming off the bench but at least getting better minutes. 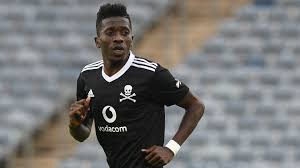 On Wednesday, against SuperSport, Zinnbauer persisted with playing Lorch, Hotto and Pule upfront, again without a recognised striker and Lorch got injured midway through the first stanza and had to be replaced while they were leading 1-0.

Instead of keeping the pressure on Matsatsantsa by bringing on a striker, the German brought on another midfielder and rookie Azola Tshobeni and Pirates lacked a point of reference upfront and the momentum shifted to SuperSport in the second stanza as they got an equaliser thanks to an own goal by Ben Motshwari. 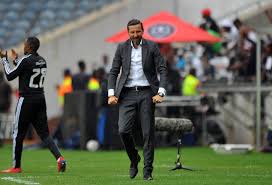 In the whole second-half Zinnbauer did not make any changes despite Pirates struggling to create chances and only brought on Dlamini in the last four minutes in place of Tshobeni.

Dlamini threatened a bit in the cameo appearance and always shows that he deserves more minutes on the pitch. 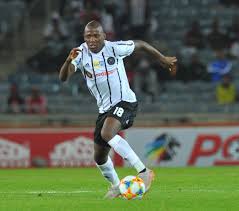 If Zinnbauer was serious about challenging for the league title, he can't be replacing a forward Lorch with a central midfielder, who does not even have the experience while you have strikers like Dlamini and Mundele watching the game on the bench.

Do you think Pirates' chances of challenging for the league title are over after a 1-1 draw with SuperSport?

“I Am Not Sure Sundowns Can Break Amakhosi Long Standing PSL Record,” Says Pitso Mosimane.

Stop buying Shoes Online, This Is What He Got After Ordering A Jordan Sneaker And Became A Joke.

M1 got closed today after this happened, SAPS is not playing games