Abdel-Hafiz blames Al Ahly for not doing this to Pitso

By Masenyan (self media writer) | 2 months ago

Abdel-Hafiz: Pitso isn't getting the credit he deserve at Al Ahly 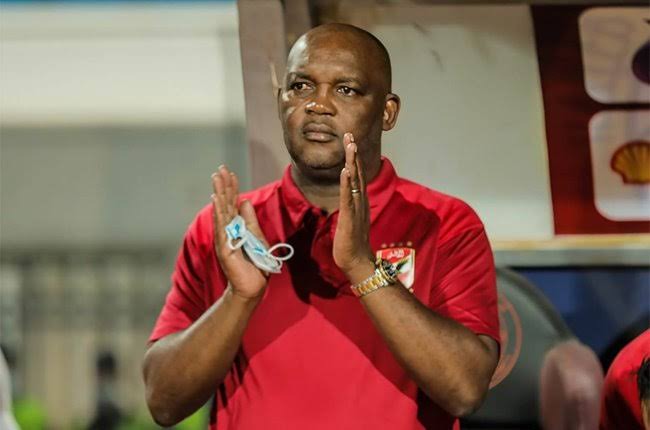 Al Ahly director of football Sayed Abdel-Hafiz says head coach Pitso Mosimane is not getting enough credit for his achievements at the club.

“A good thing about Al Ahly fans is that they always want more, you score five goals and they want you to score more,” Abdel-Hafiz said, as per KingFut.

“Pitso isn’t getting the credit he deserves. We accept criticism but he hasn’t lost a single big game so far. 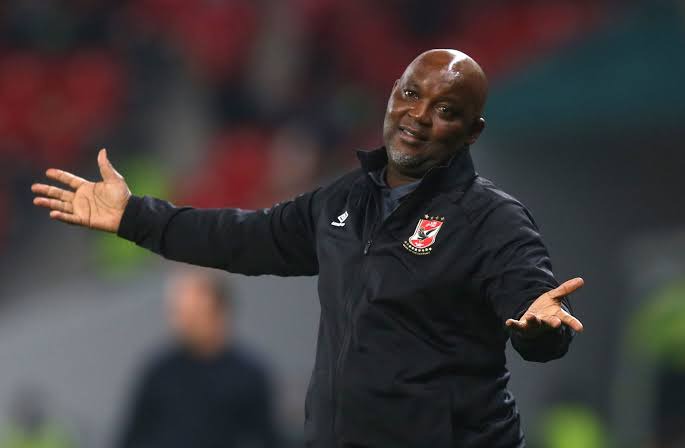 “Mosimane didn’t ask the players to play defensively against Zamalek, he even encouraged them to score more in the second half.

“When a manager win three CAF Champions League titles it can’t be a coincidence, he led Al Ahly in 16 continental games, of which he lost only one. He’s played against Zamalek four games of which he won three and drew in one.

“Mahmoud El-Khatib [club president] chose Mosimane because he has a project and sacking him was not even considered.”

Ntaako: I respect this Director of Football Abdel-Hafiz and President of Al Ahly Mahmoud El-khatib, Pitso brought nothing but glory especially Continentally which is something they failed for almost 6 years therefore Pitso Mosimane Sir must be respected period 🏆🥇🇿🇦🇿🇦🇿🇦🇿🇦🤞.

Vusi: I wouldn't be surprised if they buy him Lukaku. Pitso fits very well within that project. Because he has one of his own.

Melli: They don't give him the credit because he is also using the former coach's players

He said Sundowns is using his players

Aly Ahly was also doing very well before him.

Content created and supplied by: Masenyan (via Opera News )