By za.studio.opera.com (self media writer) | 10 months ago

Olisa Ndah, a former Akwa United and Orlando Pirates defender, was the center of attention in his team's stunning win away from home against Stellenbosch in one of the Matchday 12 matchups played today in the South African top-flight League. 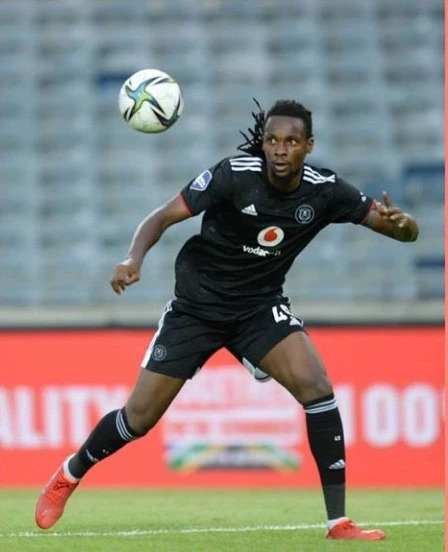 Stellenbosch's quest for domestic glory was put to the test as they welcomed Orlando Pirates to the Cotezenburg Stadium in one of the Matchday 12 matchups scheduled for the midweek.

The 'Buccanners,' who haven't been in the best of form, were looking forward to the battle at Cotezenburg Stadium, with the goal of causing an upset.

At the sound of the kick-off whistle, the host was the first out of the woods in the spirited clash, mounting pressure in an attempt to draw the first blood.

After absorbing all of the visitors' huffing and puffing, the calm and methodical Orlando Pirates moved on to break the deadlock at the 20-minute mark off the boot of South African international, Collins Makgaka.

All efforts by the hosts to come level were futile, and their troubles were exacerbated barely two minutes later, as Orlando Pirate and Namibia international, Deon Hotto, doubled the visitors' advantage in the 22nd minute, closing the first half with the visitors in command.

When Deon Hotto returned for the second half, he completed his brace for the day off an assist from Collins Makgaka in the 49th minute.

All efforts by the host team, Stellenbosch, to turn the scoreboard around were futile, with the 'Buccanners' carting away the maximum points at full time.

Olisah Ndah, a Nigerian international who was on display for the entire 90 minutes, kept it all firm at the back to ensure a win and a clean sheet for his South African-based side.

Fuming Hugo Broos throws some Bafana players under the bus

She was silent the entire time. Cde ANC Criticizes Dlamini-Zuma

VIDEO: Mphahlele refuses to pay Lobola. He wants to start a business with 200K