The Ballon d'or awards have shown that there is more expected from a winner than just goals scored. More statistics have shown how the PSG star Lionel Messi won the award. However certain people in social media they believe Lewandoski deserve to walk away with the award. They are crying foul. They don't understand how he won the award. 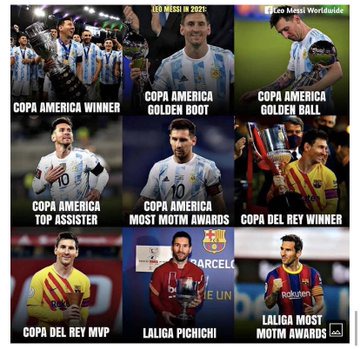 Messi himself admitted that Bayern munich star deserve the Ballon d'or for 2020. However the polish striker did not go home empty handed as he walked away with striker of the year award. Messi has won(Ballon d'or) the award in previously times. I guess there cherry on top was also his incredible performance during the Copa america tournament which was won by his home country Argentina. 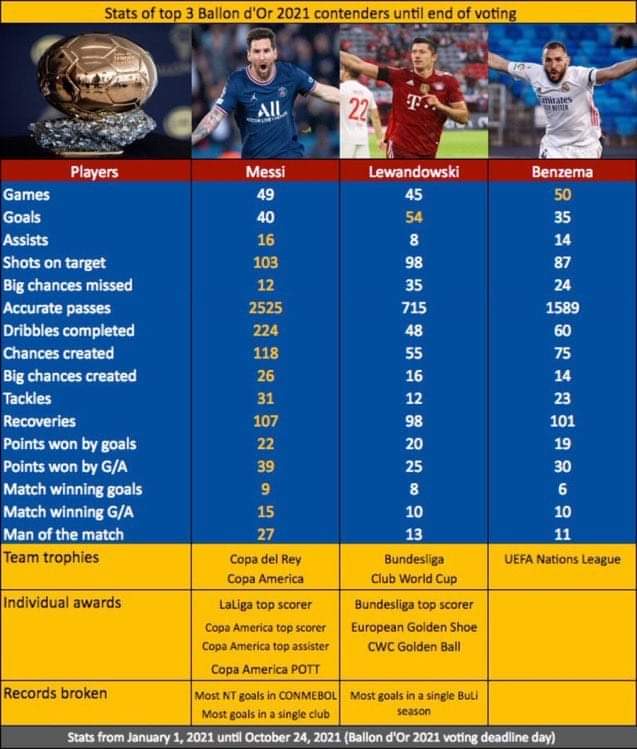 Lewandwski did participate in the FIFA club world cup. However it seems like that was not good enough judging by the the chart above. Messi"s numbers looks much more better overall compared to Bayern Munich star. Messi had a staggering 2525 accurate passes compared to his counterpart who made 715 accurate passes. He won more man of the match compared to Lewandowski.

The chart indicates to us that messi is more of an all rounder kind of a player, he is not just good in scoring goals. He is good in other areas which are also important besides scoring goals. 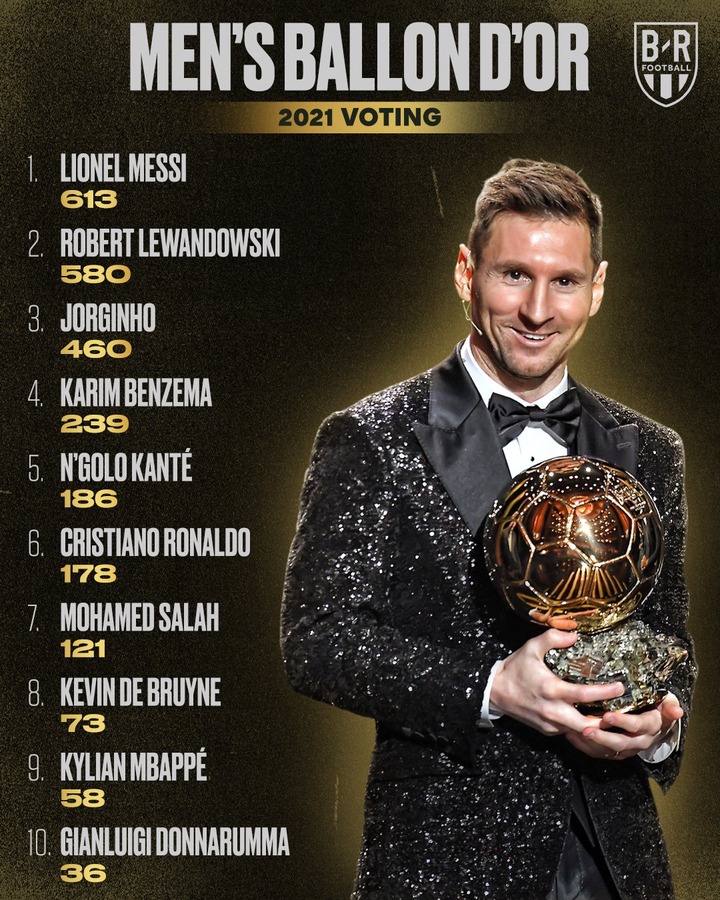 He has also shown a significant amount of consistency for what he is good at. Not only this year but even in past years when he won the the biggest award of the day. He shows that hard work pays off. 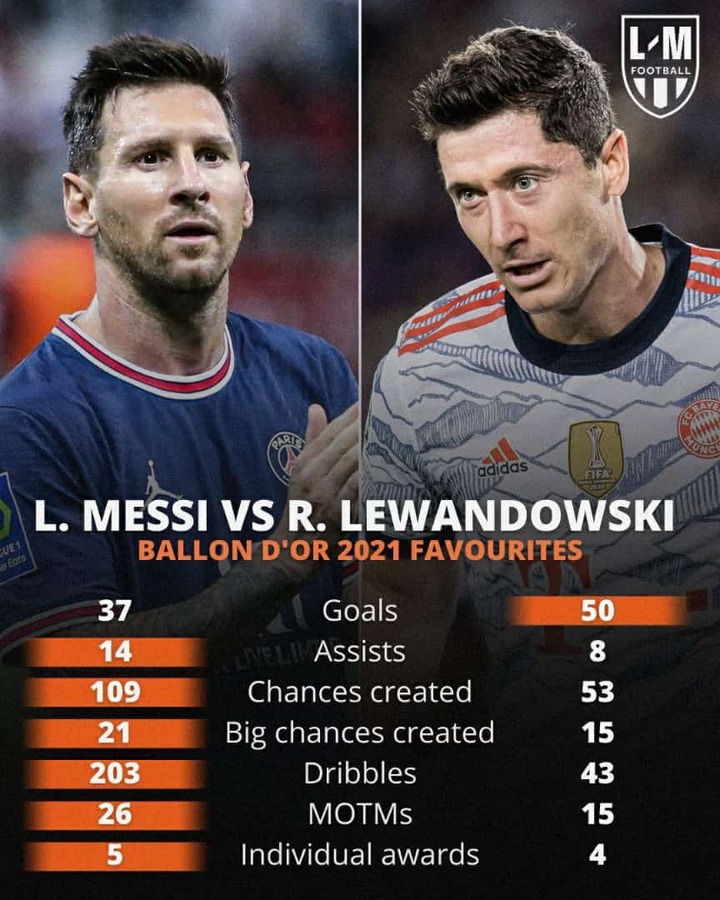 Messi seems to be more involved in the game when more stats are revealed.

Do you think Messi deserves to win looking at the stats, are they convincing enough to ensure that he is the well deserve winner?