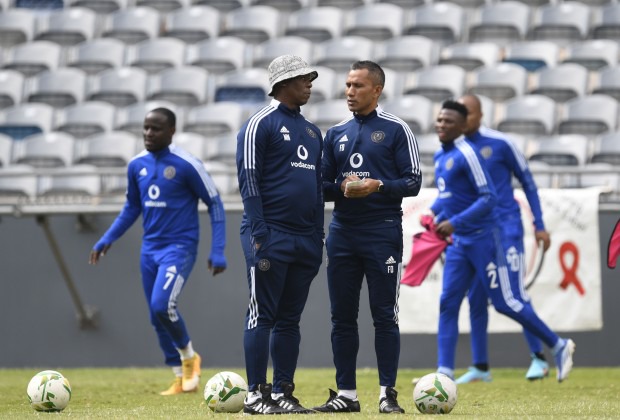 It seems like the Orlando Pirates has been working harder to get the required physical fitness that will help them sustain different challenges in the CAF Confederation Cup final. Looking through the preparations, it was visible that the Buccaneers had a goal in mind and that's to win the continental trophy. However, it won't be easy as they'll have to battle against the tricky Moroccan giants RS Berkane at Uyo, Nigeria. It seems like Pirates had to dig deeper to bring out the best from their number goalkeeper Richard Ofori who has been outstanding in the CAF Confederation Cup. 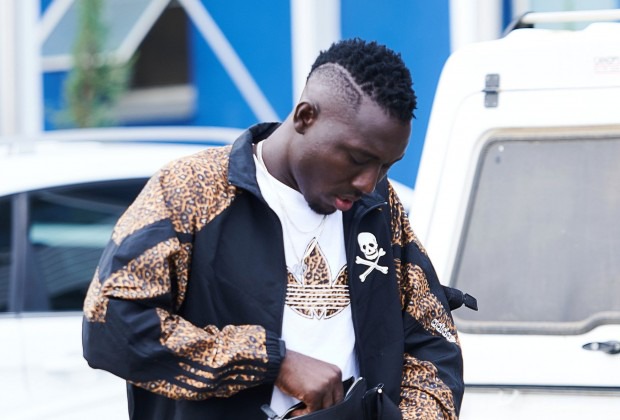 In the background during the intense training season, the legendary William Okpara is seen having a look at Ofori and the rest of the team. This has caught the attention of the Pirates hopefuls as they get to see the highly-rated and experienced Okpara sharing his knowledge in the pitch. As he's been there with the Buccaneers over the years as a shot-stopper and now, it's believed he's the club manager. At the sametime it's not visible if he will return to the bench again as a goalkeeper coach since that's what the fans are hoping will happen in the longer run. "We brought back the big dogs 🔥. William Okpara ❤️," wrote @MuziBucs on Twitter. 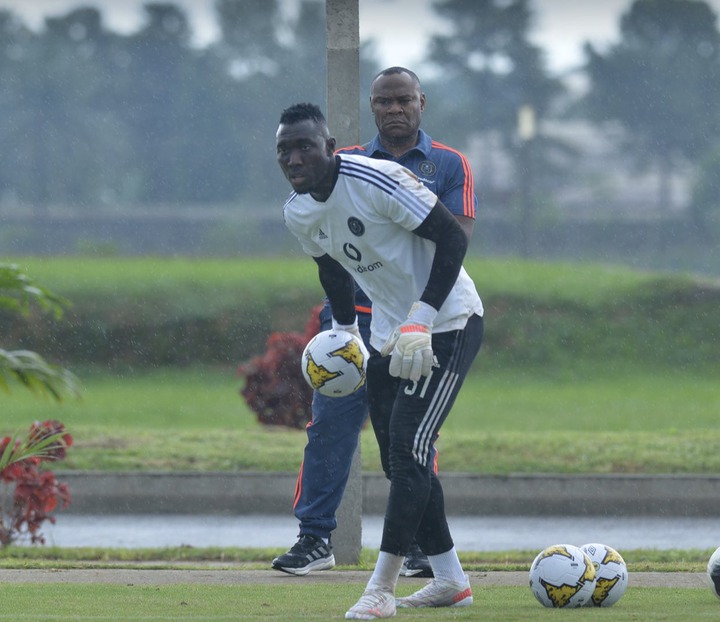 Within Twitter different Pirates fans shared their opinions on Okpara attending the training session. As they allegedly felt that he was pleased with the work ethic of Ofori.

"Vese the last time Pirates had a quality goalkeeper was when they had Okpara," said @Msigi_Emotion on Twitter.

"I love this picture. I hope it's a good omen. May Okpara's spirit run through Ofori tomorrow night," said @WonderMahlobo on Twitter.

"My Dawg is not impressed at all," said @Oupa911 on Twitter.