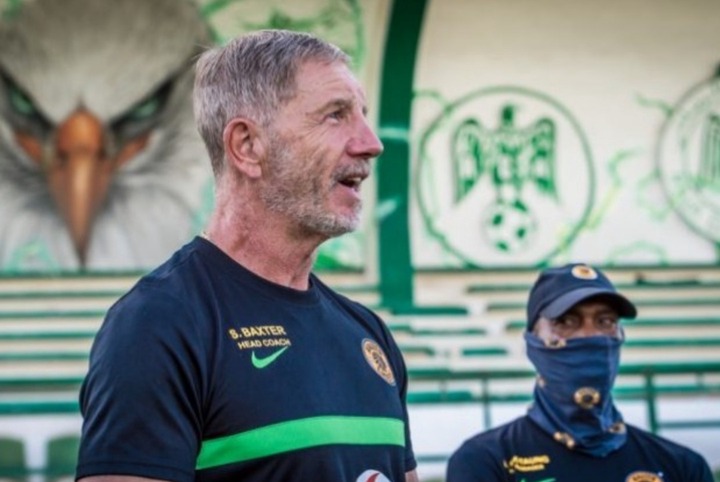 There was relief when Baxter returned to Naturena because of his history with the club, which included ending the Soweto giants' league trophy drought in 2013.

Amakhosi are currently in 12th place on the DStv Premiership table, with six points from six games played and two losses. Supporters have expressed their displeasure with Baxter, but Mphela believes the Englishman is not the issue.

"I'm not one to pass judgment, but I believe he no longer has the same players or attitudes that he had previously. Give him the time he needs to construct this team "Mphela informed the Siya team.

"He can't suddenly turn into a horrible coach." Perhaps the issue isn't with the coach, but with the players. He must be given the opportunity to rebuild this team.

"They also can't change coaches every season." Results will come; supporters only need to be patient and allow him to make changes, as well as another transfer window to obtain what he wants."

Chiefs will attempt to rebound on Saturday when they take on Chippa United's bench, which is led by former coach Gavin Hunt.

The Unexpected: AKA is eager to blend families but the father of Zinhle's baby is hesitant

Sizwe Dhlomo drops files from the "fight" that got Unathi FIRED