A retired goalkeeper dissects the situation facing Itumeleng Khune at Kaizer Chiefs as the veteran goalkeeper has dropped down the pecking order. 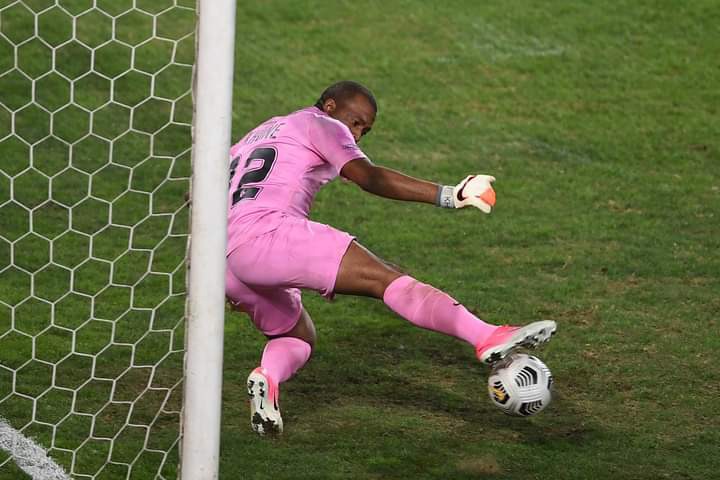 Khune – who is on a contract expiring at the end of next season – has played just once this term, which was in the season opener against Mamelodi Sundowns in the MTN8 during which he conceded twice.

Of the 11 games that Chiefs have played to date, Khune has also been on the bench once and not been in the matchday squad for the other nine demonstrating just how much his game-day input has dropped.

Nigerian goalkeeper Daniel Akpeyi has taken over the first-choice duties despite coming in last for his chance behind Khune, Bruce Bvuma and Brandon Peterson.

"In life, nothing is guaranteed but if we are looking at a normal curve in terms of a footballer’s career then this might be (then start of the route towards the end)," says former youth international keeper Gerald Wagner.

The truth is that his time has passed, I don't see him coming back from this stage. Even when given the chance, the only thing he can give is ball distribution and command the defence, nothing more.

Even Mufasa in The Lion King said "a kings time as ruler rises and falls like the sun Khune must start assisting Lee Baxter even though this guy is also failing dismally, must be fired with his father.

This dude achieved a lot and his generation are busy doing something else where, moneeeb Josephs and teko modise played football with ITU khune but it looks like this goalkeeper has ran out of ideas.So he actually touched the ball.poor boy.y not quit while you still ahead.the penalty literally put him down in every respect.

Irvin Jim (NUMSA GS): Said they are happy that within the ANC,