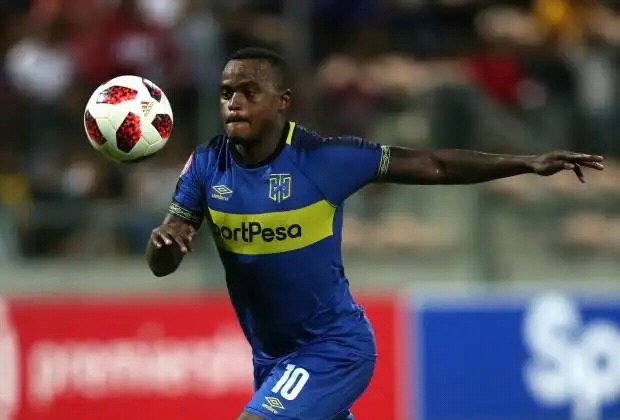 Goal South Africa says that The Citizens are no longer interested in signing Ayanda Patosi, who is a free agent right now.

The midfielder was seen training with Cape Town City FC, which led to rumors that he was going to switch teams.

When asked about Ayanda Patosi, Julian Bailey, the media officer for the Cape Town City Football Club, said that nothing is going on between them and Ayanda Patosi.

He said that the player always trained with the team when the season was over.

Bailey said that the club's chairman is looking for new players right now. However, Ayanda Patosi is not one of the players who could join The Citizens right now.

Ayanda Patosi said that different clubs have tried to sign him.

The player also told the press that he has read that Kaizer Chiefs are interested in him, but that the Glamour boys have not yet made him an offer.