Reports out of Rwandan club Rayon Sport are that their goal poacher of note Bonfiels-Caleb Bimenyimana will not be playing for the Nyanza Southern province side next season. The striker who it was believed will return to Rayon Sport after his trials at the South African based side Kaizer Cjiefs during the off season period.

According to words doing rounds the striker was told to return to his club while waiting to hear from the Soweto giants. But it has now emerged offers are piling up for the Burundian born star. The 24 year old Bonfiels-Caleb Bimenyimana has attracted interest from South African side Supersport United and an unnamed club in Israel.

It remains to be seen if Kaizer Chiefs will indeed call the 24 year old to come join their club or not. During his time at the soweto based outfit the striker scored 2 goals in their pre season friendlies. Arthur Zwane has also highlighted that the club is in search of a goal poacher, someone who will have to come in and adapt to the culture and more importantly score goals. The club is also faced with an injury to foward Ashley Du Preez.

According to soccer publication @Idiskitime the coach of Rayon Sport Francis Haringingo confirmed that the player has over 3 offers and will look to closely choose which option would be lucrative. 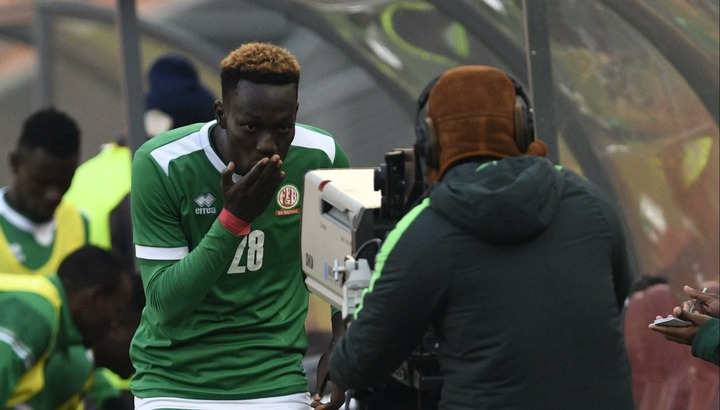