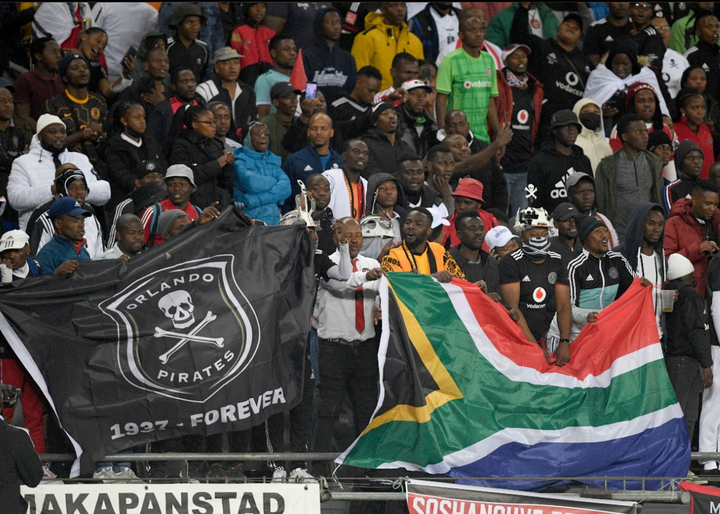 A source revealed some very interesting news that might get Orlando Pirates football club supporters up on their toes and happy as the source revealed the club lured a promising striker by offering him a reported two-year deal to join the club.

Orlando Pirates, Kaizer Chiefs and AmaZulu FC has all been linked with interest in Chippa United's promising striker Bienvenu Eva Nga. According to latest reports, Orlando Pirates was leading the race for the striker who enjoyed his best season in the PSL in the 2021/22 season as he scored 10 goals in 29 matches.

Chippa United escaped relegation again in the 2021/22 season which was a fraction better than the previous season wherein they needed the relegation/promotion playoffs to secure a their spot in the top flight which they did with ease as they've beaten Richards Bay FC in the absence of Royal AM who refused to honour the playoffs.

Bienvenu Eva Nga's 10 goals was key to the club's better performance and their escape of relegation, and that did not only secured their spot in the top flight but also attracted interest from the clubs that's reportedly chasing his signature.

Orlando Pirates is believed to be leading the race for his signature, and now a source revealed that the club tabled an offer for the player which is a two-year deal. Chippa United exercised the option in his contract which means that Chippa will benefit from the reported deal.

The source only revealed that it's a two-year deal, but the details and fee is undisclosed at this time. Only time will reveal if the latest reports is true and how much the offer is to lure the promising striker to the club. 5 Types of Indoor Exercises Every Woman Should Do Regularly.