Messi To Silence His Doubters with Man City On The Radar

Tomorrow's Champions League match between Paris Saint Germain and Manchester City will be one of the highlights of this competition. I consider this game as master versus pupil - Guardiola versus Messi. I'm not saying the other players on the two teams don't matter but these two individual's will hold the key to their respective clubs outcome. The match will be played at the Parc Des Princes. What surprises me is that Guardiola stated that he doesn't know how to stop his Champions League opponents. Messi will be back in action after missing the last two games for PSG but today he resumed training. Mauricio Pochettino, PSG head coach, isn't giving anything away and will not confirm if Messi will start the game or not. Pochettino said, "Messi is in a good way. I think he will be in the squad tomorrow but I still haven't decided on the starting eleven." 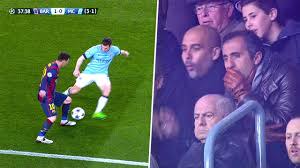 Remember, Guardiola coached Messi between 2008 and 2012 where Barcelona won 14 trophies. I personally believe that Messi will torment his opposition tomorrow like never before. One must not take a wounded animal for granted. Although Messi hasn't scored for PSG yet, this isn't a sign of a goal drought. Pep Guardiola had this to say about the PSG team, "With the amount of quality, I don't know how to stop them, they're so good. This amount of talent makes it so difficult. They were a fantastic team last season. It was a tight game, and now they have Messi." Pochettino had only good words for Man City and Pep Guardiola. I think this is a game of reverse psychology. We know both teams are lethal but speaking good about one another, makes me wonder? Guardiola told this about Messi, "He will not be forgotten. Hopefully one day, we can say the best ever because he deserves it." 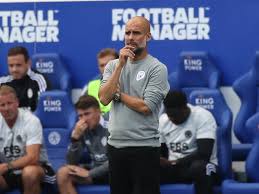