Cassper Nyovest wants to fight small YouTubers. What happened to the AKA fight?

By LatestNews/trends (self media writer) | 2 months ago

Boxing is a combat sport in which two people throw punches at each other in a boxing ring for a predetermined amount of time while wearing protective gloves and other protective equipment such as hand wraps and mouth guards. Cassper Nyovest has fallen in love with the sport and has been training for a while now. His training has got him to be proud to the point where he is now asking people to fight him.

Cassper Nyovest wanted to fight AKA but the match never happened. AKA once said that Cassper is the one who is very much hesitant to fight him and that he is even being paid by AKA's team to fight him. Well Cassper went for the smaller chickens as now he asked a small Youtuber to fight him.

A Youtuber by the name of Slik Talk has made several videos of him commenting on Cassper Nyovest and on one of the videos he was saying Cassper is talentless and is the female version of Cyan Boujee. The Youtuber got attention from the Gusheshe hit maker and he even said that he respects the guy. Cassper offered Slik Talk R100k for a boxing match and Slik Talk accepted the challenge and says if Cassper wins, he will never make videos about him and he will publicly apologize for making the old videos.

People on tweeter say they cannot wait to see Cassper Nyovest being knocked down. People are saying Cassper is pretending like Slik does not get under his skin but him wanting the boxing match proves that he really feels some type of way about Slik Talk's videos. Who do you think is going to win this fight between Cassper and Slik Talk and do you think Cassper will be bold enough to be really fight Slik Talk. 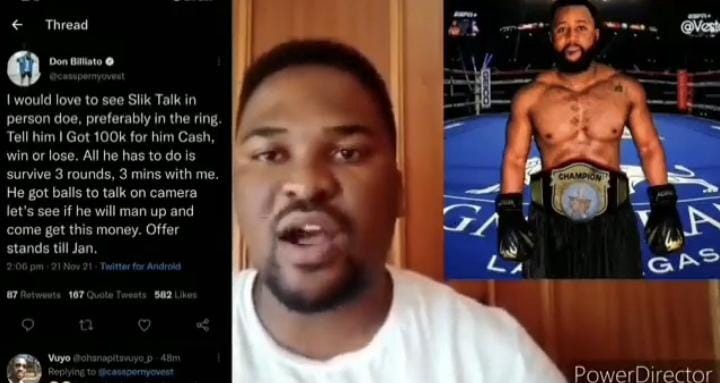