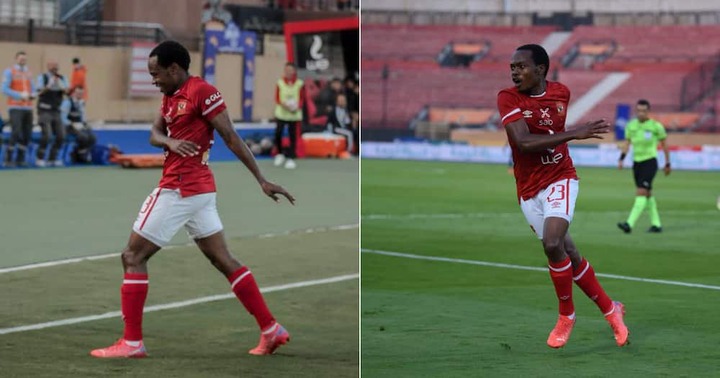 Percy Tau Bags Another Individual Award in Egypt"/>Bafana Bafana star Percy Tau has continued to impress since his high-profile move to Egyptian giants Al Ahly three months ago. According to KickOff, the 'Lion of Judah' accomplished this by receiving another Egyptian Premier League Player of the Week award following his recent goals for Al Ahly.

Tau currently tops the league leaderboards after scoring a goal in Al Ahly's 4-1 win over Smouha on Thursday. His latest efforts have allowed him to score five goals in just six games for the Red Devils so far this season. The 27-year-old's prowess ensured that Pisto Mosimane's excellent start to the season remained intact before being recognized with his second individual award in Cairo in the past six weeks.

Tau was named Player of the Week after scoring two goals in his first game against Ismaily in the opening round of the fixture. The former Brighton & Hove Albion striker is the only player to receive the award more than once in the current run of the campaign. In current form and with Al Ahly on the move when the Egyptian Premier League returns at the end of December, Tau is making an early but serious claim for both the Player of the Year and Golden Shoe awards at the end of the season.

If you bank with this bank, your money maybe at risk